An Interview with Alumni Terra Cooke 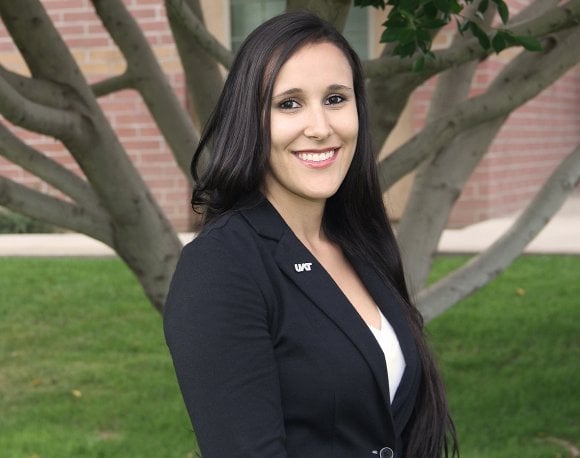 Recently, I sat down (Zoomed, rather) with UAT alum and network security badass Terra Cooke. She is an epic presence—worldly, thoughtful and brings vibes of power and leadership to any situation she walks into. 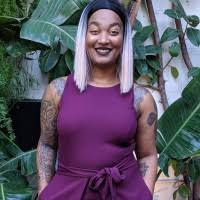 Being an employee of Terra’s alma mater, I asked her what she thinks a university’s role is when it comes to race relations and the promotion of the Black and POC communities.

Terra explained that race relationships with schools, especially colleges and universities, can get complicated because they tend to seek ways to reach these communities for the sake of their enrollment and demographic balance, but they are typically blind in how to actually support these communities beyond just talking at them.

“Some of these kids don’t even know if they’re going to college. They don’t know the college options that are available to them. You can’t just [make your statements and put yourself out there and] expect it to fall on the people of color to come to you; that’s not fair and that’s not how this works.”

We also discussed the importance of colleges and universities reaching deep into the Black and POC communities, contributing to and participating with the organizations that support them—taking action that ensures they really see a value in your institution and feel an opportunity for their future in both education and beyond into the workforce.

In addition, Terra says it’s also okay to just power through, and that young Black people entering corporate America should know that others did it, and were successful, before them.

“I [worked] a lot of places where this happened, and I put up with it to get by and I am not ashamed of that. Know that those of us who went through that—we’re now here trying to create the space for you.

I remember when I was starting my career, one of the first things I felt compelled to do was find a Black person in a position of power, and then find any other Black people I could. We got told to not shake the boat. We got told if we show up and aren’t ghetto or ratchet and we annunciate and don’t use Ebonics, then somehow we’ll be more respected and we’ll ascend the ranks….and that’s just not true. Respectability politics aren’t a thing.

Philando [Castile] did exactly what he was supposed to do, and he still got killed. Breonna Taylor was sleeping in her house and she got killed. What’s more respectable than sleeping in your own house?

I don’t hold it against the older generation who preaches that—it was like that for them. It’s like that now to a certain degree, but I refuse to play into that narrative anymore. I drive into my job Black as hell every day. I don’t mince words; I speak my mind. I am aware there is a time and place for certain thoughts and feelings, but if I lose my job, I lose my job.

There is no right way to be black in corporate America, so the best thing you can do is be yourself.

The older generations have to let go of a lot of their biases of the world as a whole. It’s not how it was when you graduated college. The world is different, and the world is more expensive. All we want is enough money just to literally live comfortably—and it’s always been like we’ve been demonized for wanting that—and I don’t understand that. But I guess self- awareness is common sense and not everyone has that.”

Terra and I then discussed genuine activism and the current protests in response to the recent instances of police brutality.

“When it comes to race relations and police brutality, activism looks different for every person. Not every person is going to feel okay going to protest. I don’t go because I have social anxiety and the thought of going to one increases it. But that doesn’t mean I’m any less active. I am very active in spaces that I am comfortable.

Regardless though, just posting on social media is not enough, across the board.

There’s no one here to hold you accountable if you’re just posting to check the box, ‘look at me I’m doing the right thing.’ But your conscience will hold you accountable, and I hope people realize that. Being Black isn’t a social media thing for me. I live it. I don’t get to come home and take my skin off. I’m scared to leave my house after dark because of the police.

It’s fine to have mixed feelings about this. That’s valid. It’s not up to us to manage other people’s feelings right now. If people get mad and don’t want to talk about it, that’s valid. It’s not up to you to manage that. We have a long road ahead of us because this system was built 400 years ago. It feels like we’re in a second state civil war—a second iteration of the Civil Rights Movement.”

Because the road is long, and the history is deep, Terra made her final point one regarding our responsibility moving forward.

We won’t, Terra. Thank you.

Terra is a a seasoned, passionate professional in IT advisory and consulting services centered around security governance, risk, and compliance (GRC) and internal control assurance processes and procedures.