Each year, a variety of professional development organizations release data on emerging and in-demand fields to help the market predict changes and bridge gaps in the talent workforce. This data is informative for career-changers, but especially important for younger students planning for their future and choosing a college degree. For those interested in becoming a tech expert in some function of Artificial Intelligence, Software Development, Data Science, Robotics or Cyber Security, there appears to be a promising future ahead.According to LinkedIn’s 2020 Emerging Jobs Report, artificial intelligence, robotics and data science roles are holding the highest percentage of growth in today’s job market. These three fields are at the top of the list ranked out of 15 careers, and expected to stay at the top throughout the next five years as well. LinkedIn’s report goes in-depth to discuss how artificial intelligence (AI) and data science have expanded into almost every industry while Robotics, an emerging sector of the $1.2 trillion artificial intelligence industry, made its first appearance in LinkedIn’s annual report.

Machine learning, deep learning, IoT, Python, innovation and natural language processing are just some of the core competencies needed to fill AI and Robotics positions especially. According to the average salaries of positions requiring this expertise, those pursuing learning these trades are likely get a quick return on their higher education investment than with other degree options.

In early 2019 in the Best Jobs in the U.S. Study, Indeed shared that between 2015-2018, Machine Learning Engineer job openings grew 344% and held an annual base salary at $146,085. In another report, Indeed stated that artificial intelligence engineers in San Francisco, for example, make between $120,000 and $160,000 per year with some cases over $250,000. The varied salaries would depend on the demand within that specific location and a specific industry. Take the automotive sector, for example, which is experiencing tremendous growth for both AI and machine learning roles in the current race for the first self-driving, autonomous vehicle.

Meanwhile, Data Science has become an essential function in all business intelligence operations and is beginning to replace various financial roles within many industries. There are also five software-based roles ranked in the LinkedIn Report, which is consistent with other career-focused sites who have ranked Software Developer as the #1 job for highest salary, overall expected growth, opportunity and other factors. 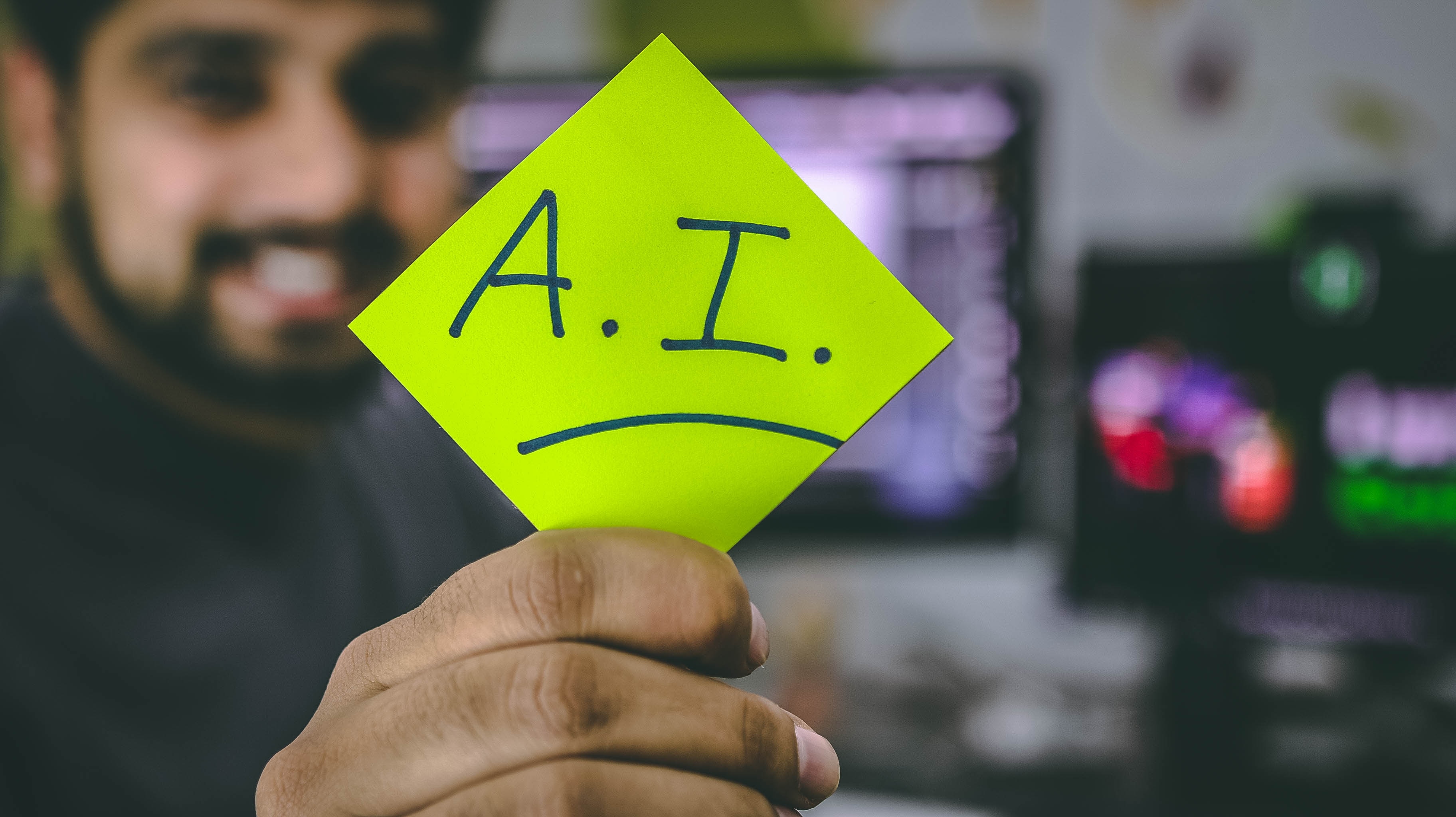 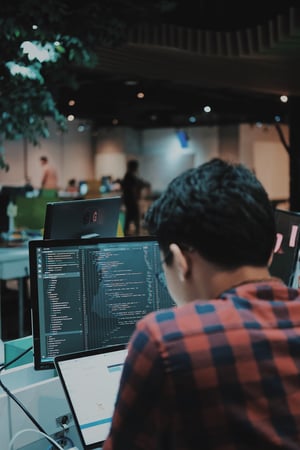 A U.S. News & World Report analysis also ranked Software Developer as #1 in 100 Best Jobs, #1 in Best STEM Jobs and #1 in Best Technology Jobs categories. The report ranks these jobs by looking at the “projected number and percentage of openings from 2018 through 2028, as determined by the US Bureau of Labor Statistics” including factors associated with stress levels and work-life balance.

Location can also play a large role in where better opportunities exist for certain jobs. According to a recent analysis from MarketWatch via 2019 CareerBuilder reports, the highest-paid and fastest-growing tech job in a whopping 23 states was broadly ranked as Software Developer, which can be the base function of a variety of titles and positions. According to that specific analysis, the states where software-focused graduates have a likelihood of finding a high-paying job include: Alabama, Colorado, D.C., Georgia, Idaho, Kansas, Louisiana, Maine, Massachusetts, Mississippi, Missouri, Montana, Nevada, New Hampshire, New Mexico, North Carolina, North Dakota, Rhode Island, South Carolina, South Dakota, Tennessee, Utah, Vermont, West Virginia, and Wyoming.

In addition, LinkedIn noted that the top cities hiring for Software Engineer positions were the San Francisco Bay Area, D.C., Boston, New York, Los Angeles, Atlanta and Seattle where average salaries currently ranging from to $115,000 to $154,000, according to Indeed.

Due to housing costs, political environments and the quality of family life in these cities, however, LinkedIn data shows that professionals are on the move to “secondary cities” that have emerging job markets such as Austin, Raleigh, Portland or Phoenix. These emerging cities are also not far off in the amount of available job opportunities. Secondary cities are also generally considered to offer a better quality of life with a lower cost of living, allowing individuals and families to justify a slightly lower pay over taking a job in the most competitive, saturated cities in the country.

The Rise of Technology Jobs in Arizona

In Tempe, Arizona, where University of Advancing Technology’s state-of-the-art campus is located, Software Engineers make an average salary of $103,034 and up to $187,000 or more. There are also currently 1,329 positions open in Tempe exclusively, according to Indeed. This doesn’t include the over 3,000 jobs open in neighboring cities such as Scottsdale and the greater Phoenix area.

As an easily accessible location that people most often would set their sites on to retire for the beautiful climate with opportunities for hiking, golfing and adventures-galore, now many tech professionals from all over the country are gravitating toward the Phoenix area for the lower cost of living, rising job opportunities and family-friendly culture. According to Tim Gallen’s report in the Phoenix Business Journal, “The city of Phoenix itself is the fastest-growing city in the U.S., according to Census data released recently. From 2017 to 2018, Phoenix proper welcomed more than 25,000 new residents."

Overall in our state, “Tech jobs in Arizona have seen a 5.1 percent wage growth, with an average annual salary of over $80,000" and it currently has a “40 percent higher tech job growth rate than U.S. overall”, says Arizona Governor, Doug Ducey, in a Press Release and analysis of the Arizona Technology Council Report. “According to the Cyberstates 2019 report, Arizona ranked in the top five for total new net tech business establishments added between 2017 and 2018. In total, Arizona supports 241,671 tech jobs and more than 9,800 tech establishments."

It’s an intelligent concept to utilize industry and state-of-the-market reports to make a data-driven decision for a major and higher education institution. In order to be able to forge a career in any of these highly-ranked positions, it’s ideal to find a college or university that offers relevant majors and not just minors or broad degrees that barely touch on the topic. Most importantly, it’s best to find a college or university that stays ahead, adapts and pivots with the latest in advancing technology and the changing market’s needs. You want to graduate as a superior professional in your area of study in order to achieve the best possible outcome for a job when you're fresh out of college. 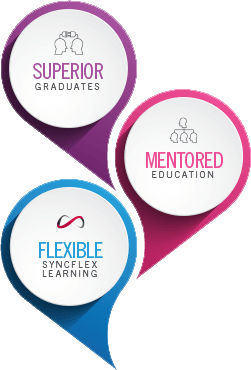 As the first computer university in the country, UAT’s higher education methodology and SyncFlex™ learning model places our 100% STEM University decades ahead of many state colleges. Out of the 18 undergraduate and 5 graduate mature degree programs offered at UAT, many could potentially result in outcomes directly relative to at least 11 of the 15 jobs in LinkedIn’s report including our:

With UAT students graduating significantly earlier in the average timespan of 2.67 years, their opportunity for earnings is estimated at an average of $70,266 of positive cashflow after 2.13 years post graduation, as reflected in the findings above. 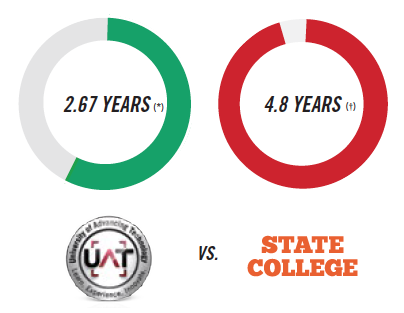 Meanwhile, their peers are still attending at a State school with a 4.8 year average time spent earning a degree and potentially building up even more student debt. At the largest university in Tempe, Arizona, for example, it commonly takes over 6 years to graduate with a degree. Plus, if you graduate ahead of your peers, you could potentially be managing them once they hit the job market.

Also consider that when earning a technology degree and the rising demand for tech-industry talent, the likelihood is better for making higher pay than if you had any other general degree. Gathered from the Bureau of Labor and Statistics, "the median annual wage for computer and information technology occupations was $86,320 in May 2018, which was higher than the median annual wage for all occupations of $38,640."

Learn How Artificial Intelligence Ties Into Your Industry

With AI advancement on a rapid rise, UAT recommends all incoming college and graduate students to consider taking some level of artificial intelligence curriculum in their studies, no matter their major. "Artificial Intelligence will require the entire workforce to learn new skills, whether it's to keep up to date with an existing role, or pursuing a new career as a result of automation", LInkedIn's report stated. Technology, specifically AI, is the future of the workforce a and UAT is recognized for filling the in-demand tech-talent needs with innovative leaders in all industries.

UAT offers students the opportunity to take classes outside of their major as well as access all campus technology while enrolled. UAT students have the flexibility to learn online, on-campus, in smaller classes (14:1 student to professor ratio) with unlimited access to better technology, and with a mentored education in order to become superior graduates. Get #TechRespect with a degree from UAT.

Learn about UAT's innovative degrees or apply today — the application is fast and easy, and classes are starting soon! Learn. Experience. Innovate.