Not many people can say that their cyber security career began by breaking into their college’s computer system. But that's exactly what happened to Sean Moshir, co-founder, CEO and chairman of CellTrust and pioneer of the multi-billion-dollar patch management industry. After a two-week suspension, the college allowed Moshir to continue and graduate, on the condition that he tell them how hacked their system. 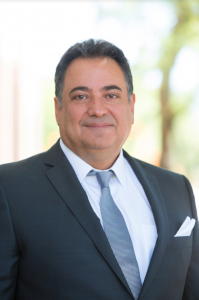 Back then, knowing how to hack systems was a “bad thing that was kept in the shadows,” Moshir said. Today, “It’s a good thing, and people want you to know cyber security.

The Arizona cyber security landscape has changed significantly in the last 10 years. Not only is the greater Phoenix tech ecosystem known for its home-grown security companies such as LifeLock, Clear Data, Trusona, CellTrust, AXO and Symantec, but it also houses top corporations such as Amazon, Google, Apple, Intel, AMEX, Chase, Pay Pal, Boeing, Garmin, Charles Schwab, McKesson and more. 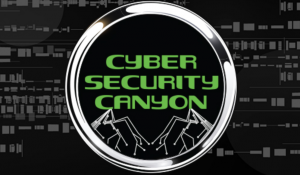 “With the formation of Cyber Security Canyon, the alliance banded together some of the Valley’s top cyber security providers, practitioners, academia and government to bring it more visibility,” said Ori Eisen, founder and CEO of Trusona. “Today, there are over 40 companies in different stages in the Valley [that] provide different cyber security solutions.”

According to the Greater Phoenix Economic Council (GPEC), “Greater Phoenix is well-positioned to support new-to-market cyber security companies and the expansion of our existing cluster.”

Along with lower taxes and cost-of-living expenses for employees, more companies are deciding to stay and build or relocate to Arizona because of government incentives, competitive operative costs, updated infrastructure and university partnerships that funnel graduates to their increasing talent pool. 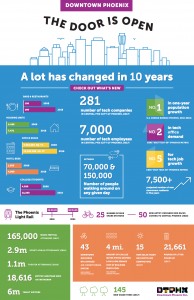 “As the Phoenix metropolitan area became known for our cheaper electricity and lack of natural disasters (outside the occasional summer haboob), these two industries looked to Phoenix, and Arizona in a larger sense, as a location for growth,” said Edward Vasko, CISSP, CEO of Terra Verde.

The active cyber community continues to bring more leaders and partnerships into the ecosystem to fuel growth.

“[The Arizona cyber security ecosystem] has come a long way and the community is a lot tighter,” said Kyle Starkey, founder of Cyber Nomad Security and former chief security technologist of Early Warning. “We’ve help bring real-life community connections in the Valley, and those people are starting to come up through the ranks and continue to push that Valley love.”

The demand for cyber security experts is at an all-time high, and Arizona companies are having to recruit more aggressively to snag talent and graduates with cyber backgrounds, Moshir explained. Leaders in the cyber cluster specifically look to UAT as a pipeline to fill the ongoing need.

Being attractive to a security company means possessing certain skills and educational training in security. But for the most part, hiring managers look for employees who are curious, detail-oriented and possess a strong desire to learn.

“I can teach you how to use a certain firewall or SIM tool, but you really need an interest in the details. Security is about the sneaky little bits, the details in and around the implementation of whatever you’re working on. Those people who really like looking at a problem and digging into the details—then goes and researches what’s going on—that curiosity will take you a lot further,” Starkey said.

Vasko looks for potential leaders who can communicate effectively across multiple audiences.

Landing a cyber security job in Arizona right out of college is a real possibility, according to Moshir. But it requires a curriculum that adapts to changes in technology, provides opportunities to practice skills on the latest equipment and builds real-world skills that employers can use right out of the gate.

“UAT has courses specifically designed for cyber security and developing secure code and applications. [They also] teach tools hackers use to penetrate systems,” Moshir said. “I love the fact that people graduating from UAT have a good understanding of cyber security.” 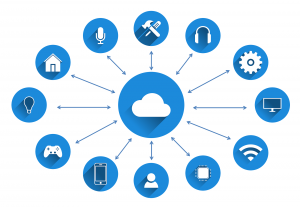 With more IoT and smart devices on the market, the need for security continues to grow exponentially. That's why UAT cyber security program incorporates training in artificial intelligence (AI).

“AI is very attractive in many fields, specifically in cyber security,” Moshir said. “It can look for anomalies, activities by users of certain computers, applications in almost real-time, analyze data, make decisions and prevent attacks. I think it’s going to be very relevant and used not just in cyber security, but in a lot of different areas.”

“Students who graduate from UAT can get started with six-figure salaries and stay in the Valley to work. It used to be that you had to go to Silicon Valley to work in this space—that is not the case anymore,” Eisen said. 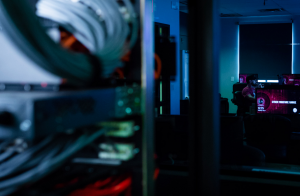 The cyber warfare range on the UAT campus, funded by a D.O.D. grant, is where students test their skills against cyber threats and fine-tune their ethical hacking skills before entering the workforce.

Not only are UAT cyber security graduates attractive to local companies and corporations, but government agencies actively recruit them to help fight in the cyber war. UAT has one of the longest-running cyber security degrees in the Southwest and has trained more graduates with an NSA and CAE-credentialed education than any other university program in the region.

“These students can hit the ground running with useful skills and I don’t have to spend nine months teaching them because they’ve already had the experience,” - Kyle Starkey

Entering the cyber security industry doesn’t have to take four years of college. In fact, UAT’s cyber security program takes just over 2.5 years and begins day-one by introducing students to the latest technology, attack vectors and best practices. UAT graduates are able to enter a job 2.5 years earlier on average than a state school program and start at a higher level of position and pay grade.

Professor Aaron Jones Answers the Question: Can you get hired for a cyber job when you're right out of college?

Kyle Stecki recently completed his final in my NTS405 course (Network Security). He did an excellent job war gaming an attack, describing it in a very creative format.