Demand for Robotics Engineers is Growing, and It Pays Well

In the depths of the Antarctic Ocean, robotic scientists deployed autonomous robots where no human has gone before with the goals of uncovering the speed of ice loss, obtaining samples of “salinity and temperature, oxygen and some optical properties of the water, [and predicting] future sea-level rise,” according to CNN.

The field of robotics stretches far beyond the lair of the Emperor Penguin. Roboticists utilize emerging technologies such as artificial intelligence and machine learning to create smart robots that provide companionship to the elderly, help with search and rescue, crawl into small spaces, fix airplane engines, cook your food, entertain humans with their acrobatics and move potted plants in and out of the sun.

Then... what's with all the controversy around robotics? 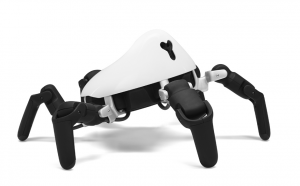 Debunking The Notion That "Robots Will Take All Of Our Jobs"

We can thank Hollywood for giving us the fear of a future sci-fi world where robots have taken over and imprisoned mankind. More rationally thinking though, it's common to hear fears regarding robots taking over things like our jobs. Both concerns are moral dilemmas those who build and program robots face. Those involved in the ethics of building robots are there to ensure neither of these scenarios happens.

“The robotics industry has found that robots may replace some jobs, but they are mostly manual, dangerous, or super high heat jobs. And we’re finding that the jobs we are gaining are the managers of the of the robots, where you care for or fix the robot. We’re getting higher-paid jobs because of the robots,” says Dr. Jill Coddington, Program Champion of Robotics & Embedded Systems, Advancing Computer Science, Artificial Intelligence at University of Advancing Technology (UAT).

Of course, there are people who may have ill intent but for the majority, robots are designed to assist and support humankind, make our lives better and easier, as well as provide jobs. Where there are robots, there is also a need for engineers, programmers, AI specialists like machine learning engineers, and many, many more. 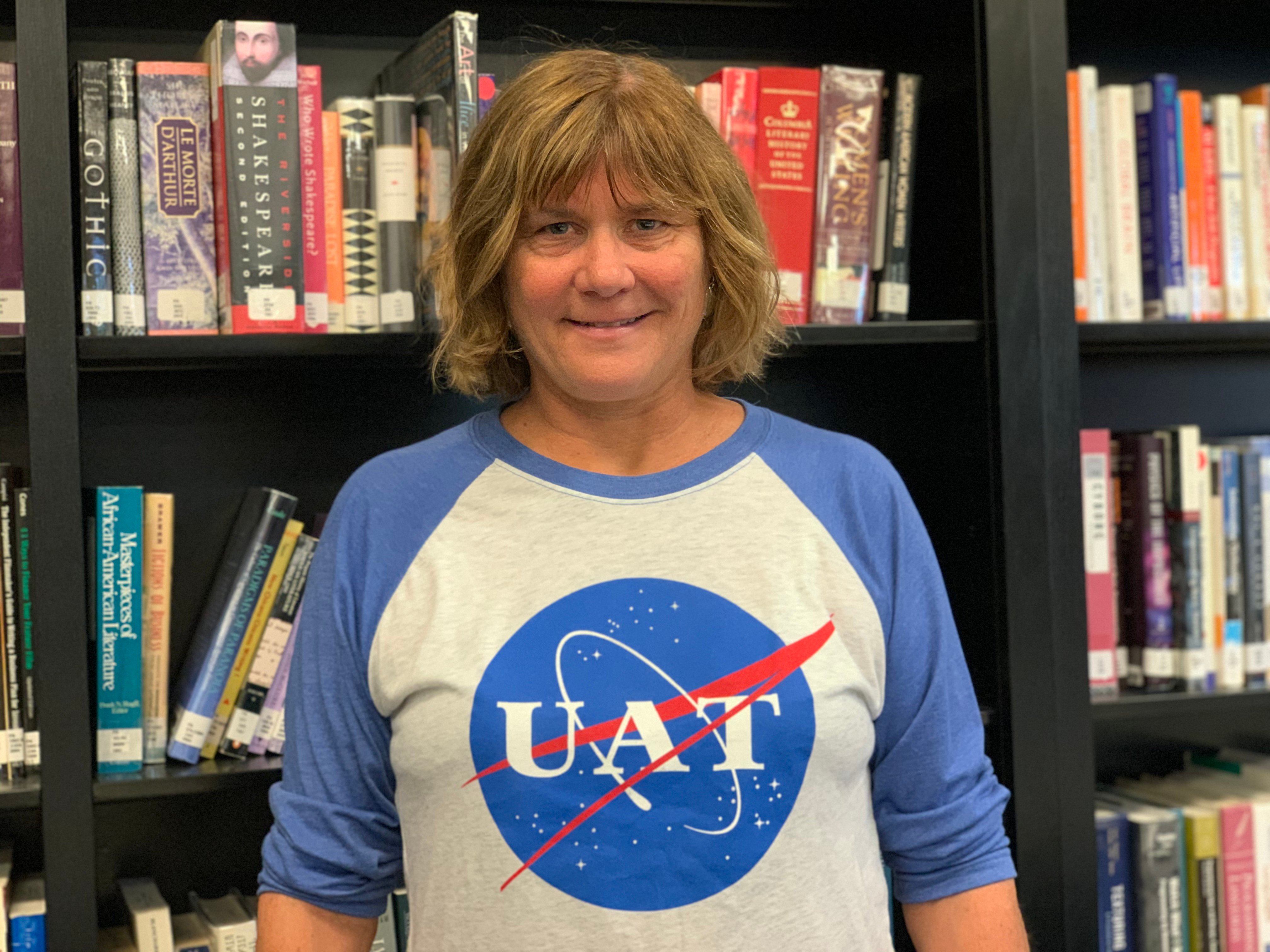 What Exactly Is Robotics?

“The definition of a robot, and what robotics encompasses is — huge. Your little autonomous vacuum that runs around your house and vacuums for you is a robot. A slot machine is a robot. The field of robotics is expanding so much, it covers more than it ever before,” Dr. Coddington said.

What the field lacks is the talent to support its exponential growth.

The Demand For Robotics Engineers

According to Sokanu, the robotics engineer job market is expected to increase by 6.4 percent between 2016 and 2026. And over the next 10 years, the U.S. alone will need 12,500 engineers in the field. “The demand for automation and robotics will continue to fuel these high-paying jobs, and we expect this to continue for the next 20 years,” Coddington said.

So why aren’t more people jumping at this opportunity? Coddington believes it’s a misperception of one’s skill set and that the ability to enter a field that is beyond their reach. In reality, “The only barrier to entry of robotics is education,” Coddington explained. “Because we need so many roboticists, once you have that education, companies know you have the basics, so you can get an entry-level job. That company will train you on the specifics of what they are doing.”

Additionally, Glassdoor's median average salary for a Robotics Engineer is currently $95,801. Also, if you're wanting to get into the robotics field from the software engineering side, those positions are equally high-ranking in terms of job satisfaction, growth outlook, opportunity and more. Glassdoor ranks many robotics-software relevant careers in its 50 Best Jobs in America in 2022 list, including the Machine Learning Engineer role. 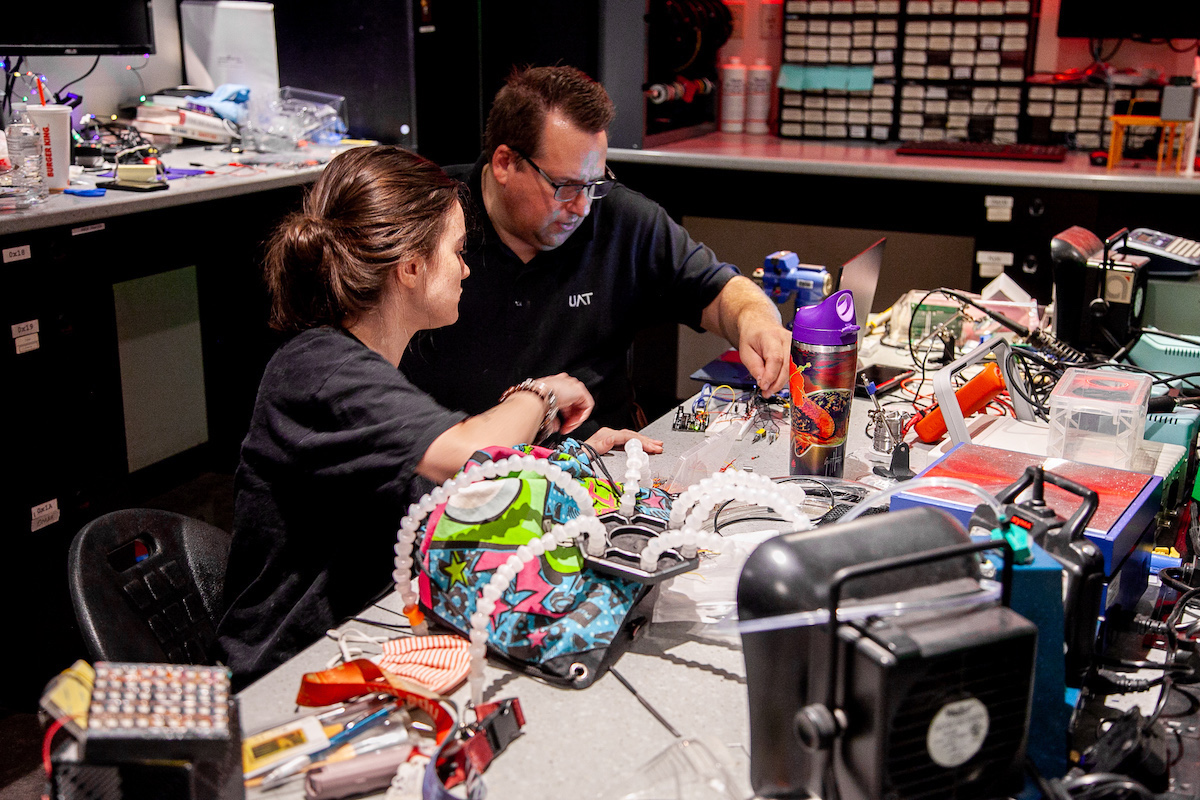 UAT Student and Robotics Professor Prater in the Engineering Lab.

The Recipe For a Career in Robotics

Taking the leap to enter the field of robotics takes curiosity, initiative, and passion.

Coddington said the type of person usually drawn to the field of robotics is a detail-oriented problem solver who is good at design and iteration and likes to tinker. If you think about it, every robot needs to be programmed, and every robot needs someone to maintain, care, iterate, build and design them.

“The sky isn’t even the limit. We use robots to fix our satellites and explore the deep sea. Robots are becoming more pervasive in our lives. We’re going to see more and more robots all the time", says Coddington.

Having experience in the field of robotics or at a manufacturing company can elevate your opportunities for positions, and the skillsets easily transfer from one employer to the next.

And, an education from UAT can help your chances of getting there. Do You Have What It Takes For The Field of Robotics?

UAT offers distinguished courses in the Robotics and Embedded Systems degree program that teach you real-world skills needed for a position in the robotics field. And, you get to start innovating from day one. Students need little to no knowledge in robotics to start their education and will gain hands-on exposure to the latest technologies used in the current job market.

Additionally, If you’re curious about relevant studies including programming, network engineering, or digital maker or fabrication, as a student with an open curriculum, you can take courses outside of your major. You'll also have opportunities to network with fellow innovators in other degree programs through projects, events, and competitions. An education from UAT is an immersive experience designed to widen your depth of knowledge and help you take your technology and innovation skills to the next level.

Find out if UAT is right for you. Request more information or apply today! 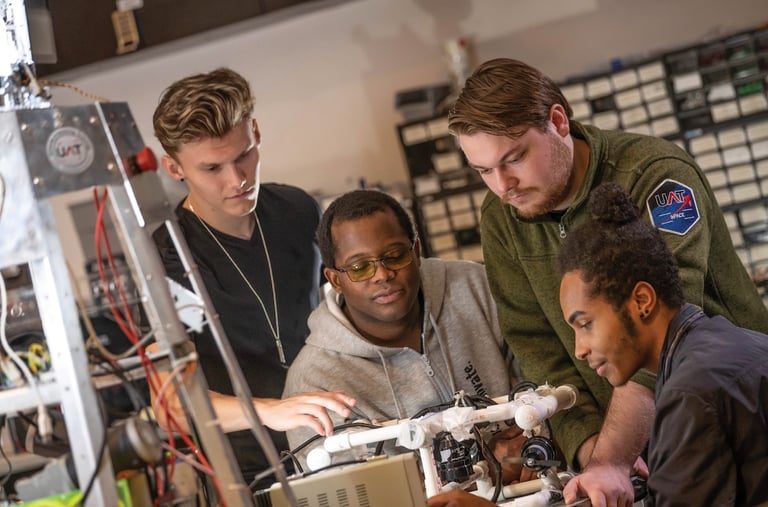 UAT Students in the Engineering Lab with their Underwater Robotics equipment.

#32 Overall and #7 for Social Mobility for Regional Colleges West  For the past 38 years, U.S. News and World Report has been collecting data on universities to make it easier for people to choose ...

A University Curriculum Designed for Technologists and Innovators

Meet UAT's Art Direction Professor, Dapzury Valenzuela “As the Art Direction professor at the University of Advancing Technology (UAT), I run the Student Innovation Project (SIP) for all majors and I ...

University of Advancing Technology (UAT) ranked in the top tier of colleges on the Economic Mobility Index which indicates how well they enroll and support low-income students.