Finding the Place Where Your Student Fits

An Interview with Shellye Cayce

For parents, sending your kids off to college can be very difficult, with many matters to discuss and decions to make, ranging from transportation to housing to classroom environments. But one of the biggest questions is very difficult to answer before the college experience actually begins—will the school simply be a good fit?

We asked one of our favorite moms that question, plus a few more, to help parents in this very situation right now hear how she and her family tackled the college decision process.

Meet Shellye Cayce—wife, mom, teacher, and advocate of higher education—and read on about how her family chose to send their daughter from Texas to Tempe to attend UAT!

Shellye, how did your family discuss finding a college?

With our oldest daughter Kami, she and her best friend at the time knew they wanted to room together and that they didn’t want to be too far from home but far enough to feel independent and away from home. So, Kami and her friend would talk about different colleges in Texas and asked their respective parents about visiting the schools they were looking at. With Brook, the discussion was more about finding a college with a good degree program in technology.  Brook had a few ideas about which colleges she was interested in, and we attended a couple of college fairs in order to get information about these schools. Brook wanted to attend a college on the East Coast. She was fine being far away from home. 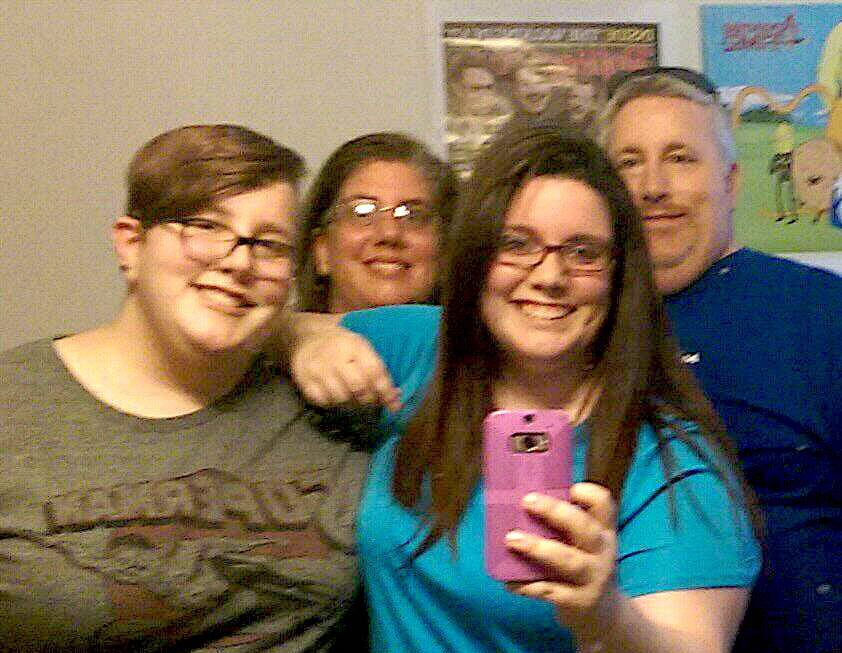 What did YOU look for?

We looked for colleges with technology degrees in computer programming and robotics. Brook looked for schools with LBGT groups and clubs offered at each college. As parents, we had to consider out-of-state tuition cost, and we had to look at the location of the colleges because we wanted them to be in safe parts of town.

What were your concerns?

Lol, I don’t think Brook had any concerns except how soon she could get out on her own. For Kevan and I, our concerns were cost, location and Brook’s age. We knew that out-of-state tuition was going to be a factor no matter where she wanted to go. Therefore, we decided that once she found several colleges that she was truly interested in, then we would compare the cost. Kevan and I knew she was looking at colleges on the East Coast in Chicago and New York. We wanted to know exactly where in Chicago and New York the schools were located. I had questions about the crime rate and public transportation. All these concerns for Kevan and I centered on the fact that Brook would barely be 18 when she would leave for college.

How did you know UAT was the right fit?

I knew before Brook did that UAT was the place for her. First, I need to tell you how we heard about UAT. It was May 2014, and our church always has a senior recognition Sunday. The seniors walk down the aisle, and as they are making their way to the stage, the youth pastor introduces them, tells where they are graduating from and what they plan on doing after graduation. This Sunday, one of the seniors is walking down the aisle and I hear the youth pastor say that this individual is planning on attending The University of Advancing Technology in the fall. I wrote the name of the school on an offertory envelope so I could research it when I got home. I can’t remember exactly when, but I looked this school up on the internet and the more I read the more I knew this was the place for Brook. I told Kevan about everything that I had read, and he agreed with me. Now we just had to get Brook to consider looking at this school. We were in that stage where, 'if my parents like it, then I will hate it' with her. Brook had picked three schools that she wanted to apply to and asked us to pay the application fees. I agreed to pay the application fees IF she would also apply to University of Advancing Technology. She grumbled about it but applied so that I would pay the application fees for the other schools. Within a week of sending the applications, Brook heard back from UAT. Another week or so went by and she never heard from the other three schools. Brook asked about attending the Fly in Geek weekend. Absolutely we will attend, and Kevan says I should go with her. I laughed and told him he was going because I am technologically challenged and would not understand anything they might talk about. So, I think it was January 2015 when Kevan and Brook flew out to Tempe to attend the Fly in Geek weekend. Brook called home to tell me what was happening, and I knew the moment she spoke that she would be attending UAT. I just knew when I heard her voice. 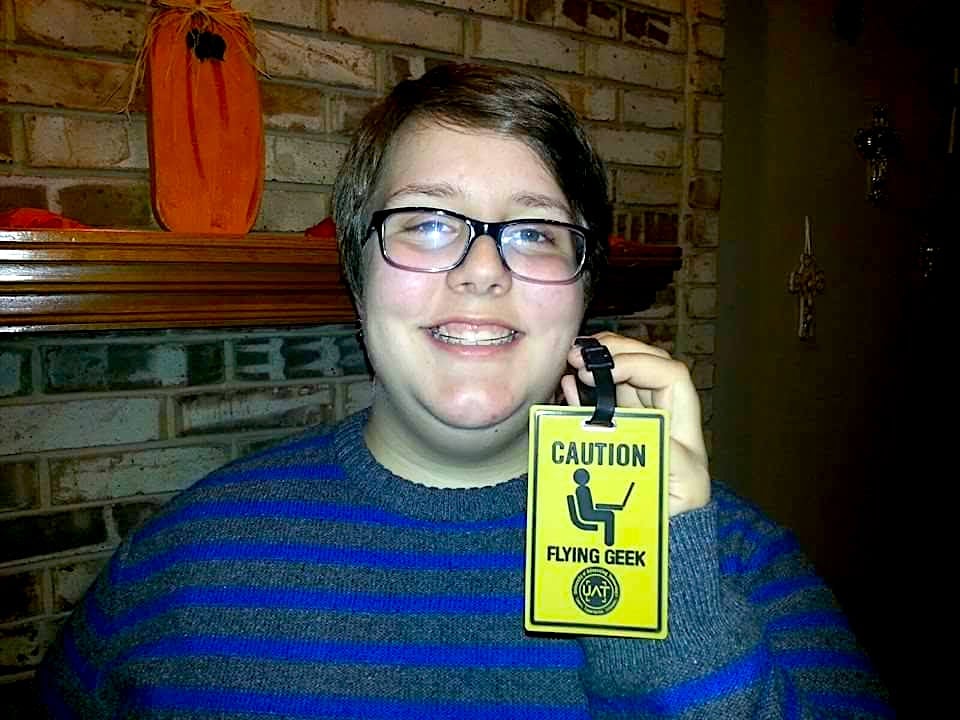 Brook with an acceptance gift.

What advice would you give other parents in searching with their children?

I would advise other parents to talk with their child about their child’s interest and what he or she may want in a college. Let the child pick several colleges as well as the parents. Attend college fairs that these schools will be attending so that you can learn more about them and what they have to offer. Go and visit the campuses that y’all are interested in like Kevan and Brook did. By visiting the campuses, you will get a feel for the culture and climate of the college. This will help narrow down your choices.

Anything else to add?

Kevan, Brook and I flew to Tempe in May of 2015 to move Brook into the dorm and get her ready to start the summer semester. We brought what we could, and told Brook we would bring the rest of her things in July when we were driving out to see her. The first week of July 2015, Kevan, Kami and I drove out to Tempe to spend the week with Brook. When we arrived, Brook was eager to show her sister the campus. The moment we walked in we heard people say, “Hey Brook” or ask, “Is that your family Brook?” Brook would then tell us not only the name of the person, but basically their whole life story. We just couldn’t believe this was our daughter. By the end of the first day, I can’t remember which one of us said to Brook, “Brook you found your people!”

I believe it was either that summer semester or the fall semester that Brook told us she had been going to a class and sitting in. Kevan and I said, “Brook you aren’t enrolled in that class; that is not allowed.” She explained that she had asked the professor for permission and that the professor encouraged her to come because participation is better when she is there. Also, in this same semester she lets us know that she has been sitting in on the student government meetings. Kevan and I just couldn’t believe this was the same daughter that in high school preferred to stay home with her books and technology.  The next thing Kevan and I knew, Brook was a member of student government, vice president and then president. So, yep, UAT was definitely the right fit for Brook! 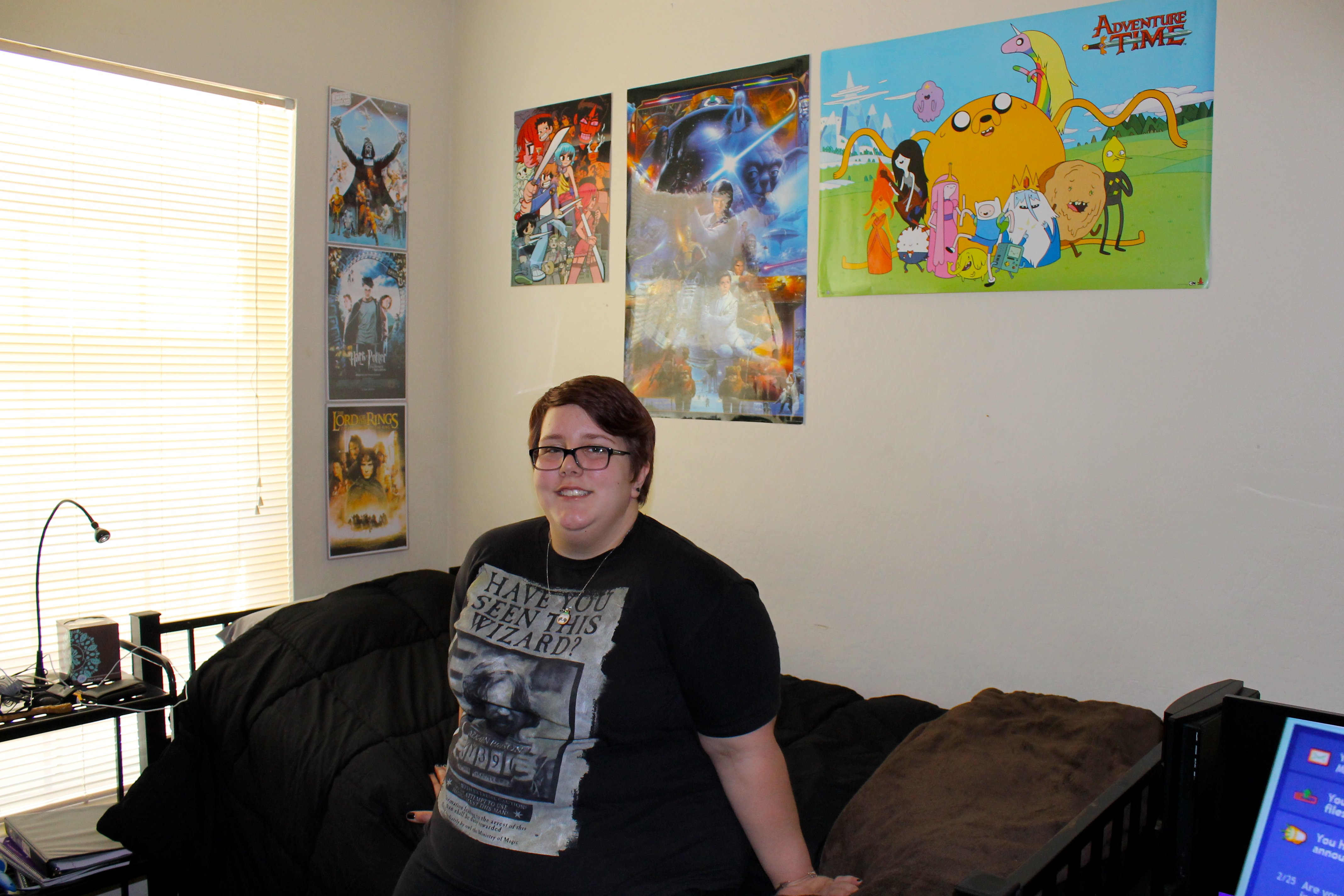 Brook in her dorm at UAT.

Thank you Shellye for sharing your experience! If you are a parent that needs more information, please feel free to reach our. Our admissions team is happy to help answer any questions, and you can find many resources online. Check out our Parent Guide for Going Away to College, Campus Life, FAQs, and Parent Testimonials.

And for this fall, we've released our plan for campus safety, with Episode 2020: Return of the Geeks. Read the plans and details at https://learn.uat.edu/episode-2020. Campus is calling! 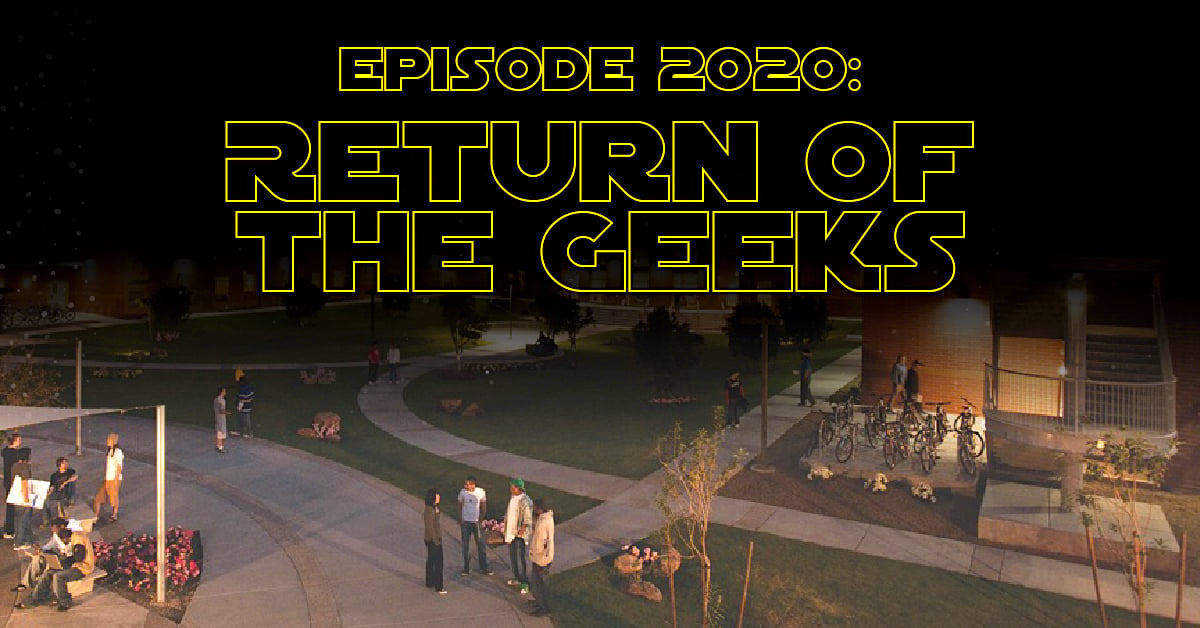