So, You Want To Be A Wizard?—I mean, Software Engineer!

Software Engineer. This title has a mysterious ring to it. And it should. Software engineers are the closest things to wizards we have these days.

Engineers, by nature and training, are problem solvers. Some engineers solve problems of a mechanical nature; others of a chemical or electrical nature. But a software engineer solves problems by telling computers—arguably the lowest form of robots we have (next to the toaster)—to solve a given problem for us. And while computers are able to do amazing things, they still need someone to tell them what to do, to whisper in their tiny computer ears. Like a computer whisperer. Someone who can speak the language of the computer to get the computer to behave. And before long, that computer is running through the obstacle course at the Westminster Kennel Club show, sliding down slides, leaping through rings of fire in Evil Knievel suits, and standing in as a stunt double for Tom Cruise. All because one person (or a team, at times) was able to whisper to a beautiful, young Alienware CPU with the latest Intel processor and make digital magic happen. 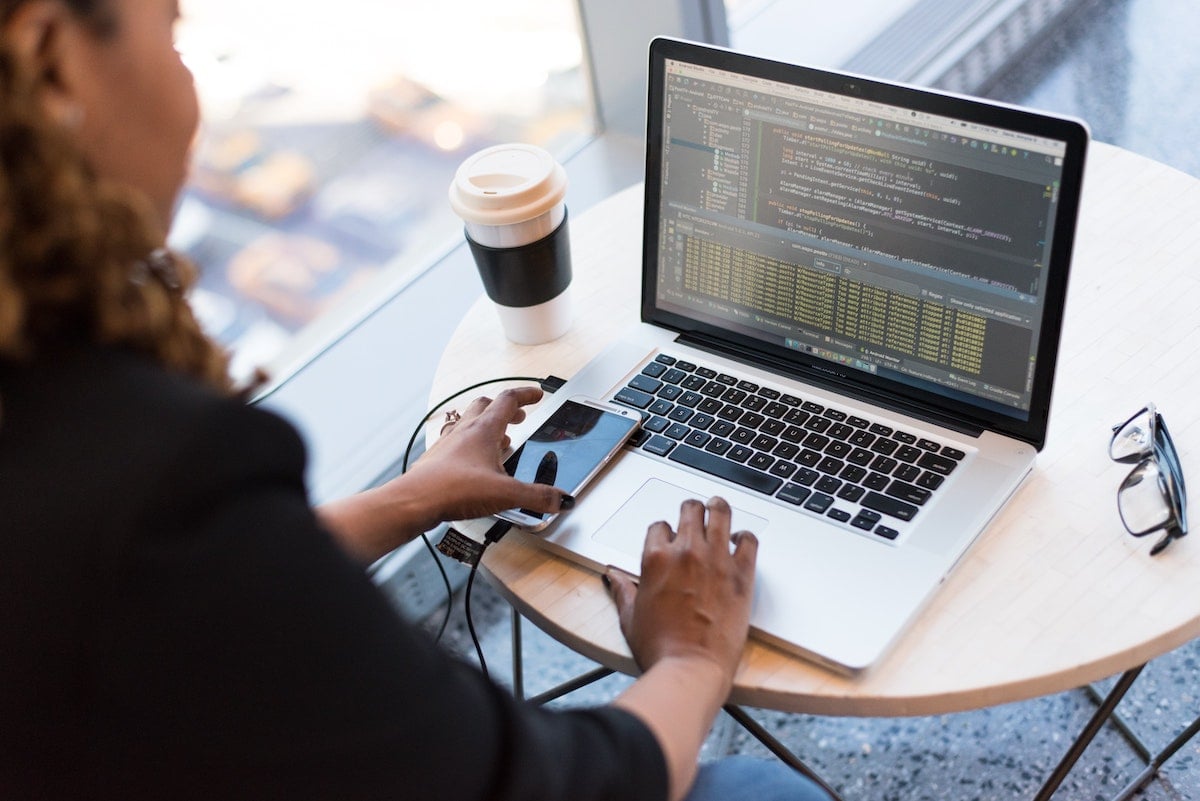 So, do you like programming languages? Like logic and math? Like challenges, solving problems, and creating solutions? Like not having to worry about ever finding a job again!? A career in the Software Engineering field could be for you and the Advancing Computer Science, Artificial Intelligence, or Data Science degree will help you get there in less than 3 years. But we’re getting ahead of ourselves. First, let’s look at each of these careers to see which one is a good fit for you.

Software Developers (computer programmers) and Software Engineers are those who make and test the applications, algorithms, and frameworks that need protecting. This career is one of the most secure and satisfactory careers in the tech field with a formidable 22% growth outlook over the next ten years, according to the Bureau of Labor Statistics.

These compu-polyglots spend their days in front of a computer, knocking out code like Floyd Mayweather Jr. And yes, I meant compu-polyglot (We just made that up, but you can use it.)

Software Developers will know several computer languages and are typically able to build programs using software development tools while software engineers are specially trained to build software tools from scratch, to make computers think for us, entertain us, or inform us. Basically, anything you can do on a computer, a software developer or software engineer wrote it and a quality assurance analyst checked it over to make sure it did all the right things and none of the wrong things.

It sounds like a broad description, but that’s because it is. There are several specialties that fall under the term “software developer” or "software engineer". For instance, Java Developers generally take on creating and maintaining java applications for startups to go to market and help fulfill customer orders. This position specifically ranked #1 on Glassdoor’s 50 Best Jobs in the US for 2021 list and currently has over 10,000 job openings in the US for this role alone.

Other software positions range in titles like full stack developer, front end developer, back end developer, UI/UX designer, cloud engineer, mobile engineer and many other niche developer or engineer positions that have specific roles on a software development team. Kind of like how some wizards specialize in shape-shifting and others in alchemy. At the end of the day, they can all cast a mana shield to protect their party. You understand.

Learn more about the Software Developer and Software Engineer careers, requirements and more.

Data Scientists, Data Engineers, and the like are in high demand and will continue to be over the next decade. And, according to Linkedin’s last U.S. Emerging Jobs Report, this relatively new career field has seen a growth of around 35% for both data scientists and data engineers. But what do they do?

Governments and companies take in a massive amount of data. Like the relative amount of empty space in an atom kind of massive—only more so. But what do they do with that data once they have it? Well, they perform their most basic functions with it like billing and payroll and purchasing inventory.

But wouldn’t it be nice to have all that data collected in a meaningful way so that people who aren’t tech-savvy could actually use the data? Well, that’s part of what a data scientist does. Some go a step further and help to analyze the data and make recommendations to the company to optimize performance.

In short, as UAT puts it, a data scientist “transforms data into insights” and offers a whole degree plan engineered around this idea. (Check it out here.)

If you’re wondering what it means to “transform data into insights,” consider here how it’s used in what is being called predictive policing.

This sort of predictive policing is not without controversy and if even the thought of it bothers you, this may still be the career field for you. After all, if you are the one helping to make the predictive models and you are a just-minded person, you won’t be satisfied until the predictive technology is without bias and is a jewel of justice and not a tool of tyranny. You are just the kind of person who free people need to work in this field. 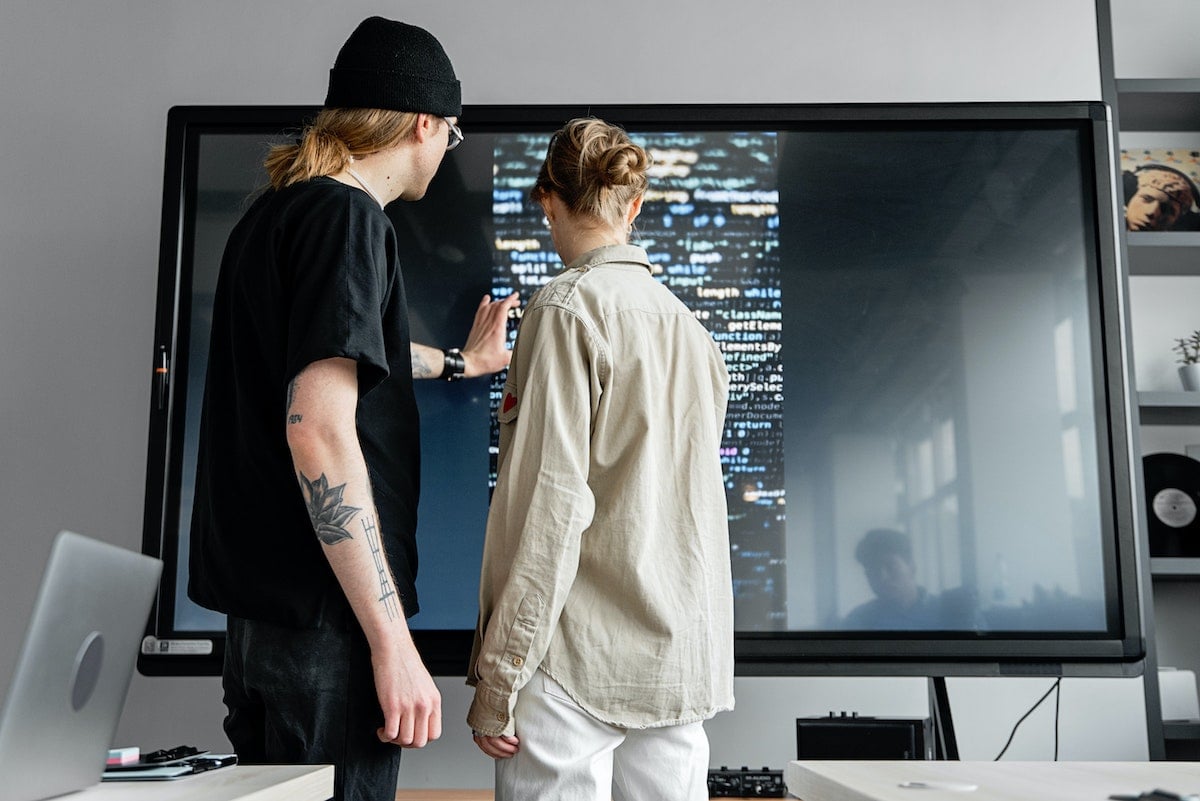 For salary, satisfaction, and plentiful opportunities, the DevOps Engineer role (and one of the coolest sounding IT gigs), is expected to grow at a rate of 21% over the next decade according to the U.S. Bureau of Labor Statistics.

Rightfully so. This all-seeing, cross-departmental role is all about collaboration, efficiency, and improving productivity often through the form of implementing automation.

A DevOps Engineer generally works within IT, managing projects with various departments and teams including operations, software, and product development, and implementing better systems and processes along the way. This professional is an engineer by nature, a master coder in multiple programming languages, and has a deep understanding of software development lifecycles and lean, agile, and scrum methodologies.

Being a fairly new philosophy, the DevOps position can have inconsistent role definitions depending on the organization. It's important for anyone venturing down this career path to seek a wide breadth of relevant skills and expertise in IT operations, IT security, and application delivery to boost qualifications.

For starters, a bachelor's degree in Advancing Computer Science and taking specific operations-focused courses from UAT's Business Technology degree program can get you on the right track for the DevOps field. With UAT's open curriculum, you can take courses outside of your major. So, why not take advantage of the opportunity to become uniquely qualified? Now for one of our personal favorites since we were the first university with an artificial intelligence degree, the Artificial Intelligence Specialist demand has grown 84% annually over the past 6 years according to LinkedIn’s recent Emerging Jobs Report. That is insane growth.

Artificial Intelligence Specialists, like Machine Learning Engineers (ranked #6 on Glassdoor's 50 Best Jobs in America for 2022) will be the ones who help to improve existing AI and create all-new AI. It’s not as spooky as it sounds (though it can be). AI is used in most mainstream gaming, business analytics, and machining operations.

But it can be spooky, too. Like maybe you’ll be the one helping Elon with the appropriate intelligence for his little androids. Or you can help the uber-wizards at Boston Dynamics in creating their animal-themed robots.

Well, the use of blockchain technology may be popularized there, but it is actually exploding into every market on the planet. Statista estimates spending on Blockchain technology to rise from 6.6 billion in 2021 to around 19 billion by 2024. At its core, it’s about decentralizing information, which kind of sounds wizard-ish. I mean, if the information isn’t centralized, then how can it be anywhere?

Enter the blockchain engineer. They help define protocols for the different blockchain technology, create apps to interface with the blockchain, and find the most effective ways of mining a blockchain.

While few universities offer a standalone degree for blockchain technology, UAT offers a Blockchain module where students learn to code Blockchain applications while studying its advancing trends and working within sandboxes to create prototype solutions. UAT’s Blockchain module can be taken within any of the master’s degree programs. So, while you’re earning your Software Engineering master’s degree, add on Blockchain and step into the world of decentralizing everything. 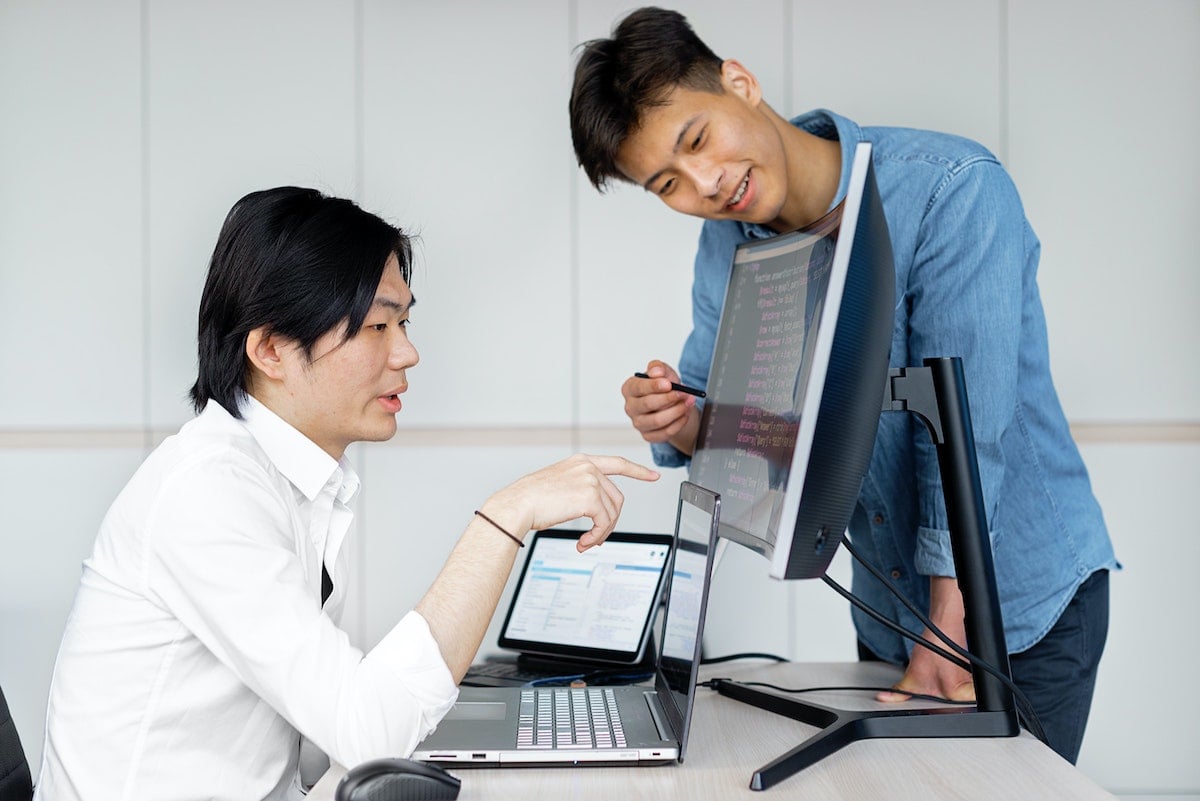 Master software engineers typically have years of experience as a software engineer, boasting a portfolio of successful projects ... and a master's degree. Not simply satisfied with coding all the livelong day, no, this particular breed of software sorcerers looks at the big picture.

They solve the problems in an over-arching manner, sometimes directing the work of the developers and other engineers, to achieve specific goals. They use all the same languages as the developers, but they also design and lead projects, employ analytics, scaling, and find ways to communicate these big ideas to other departments, members of the team, or to prospective customers.

To get on track to becoming a Master Software Engineer, you'd want to earn your bachelor's degree in Advancing Computer Science and continue on for a master's in Software Engineering. You can achieve both of these together in as little as four years at UAT. In that time, your peers that chose the state school will still likely be working on their undergrad.

Is a Master’s Degree in Software Engineering Worth it?

At this point, you're probably over debating whether the computer science field is worth it, so it should also be no surprise that a Master of Science degree in Software Engineering will help you go even farther in your career. The added education will potentially earn you qualifications for leadership positions offering higher pay within various organizations and help you stand apart from the competition like the master you are (or soon will be).

Already have your Bachelor’s?

Yes, but it's not in the realm of software development, computer programming, or computer science.

No fret. You can earn your Master’s in Software Engineering from UAT without prior experience.

With UAT’s innovative approach to master’s studies, as a student you will work through four modules, earning four professional certificates along the way. Two of these modules are required for the specific degree program of your choosing, but the additional two can be chosen from all other module options. Want to get a master’s in Software Engineering, but also want to add some Tech Startup expertise to your resume so you can be more qualified for your dream job at your dream company after you graduate? Dooooo it!

And getting there isn’t going to take you 6+ years. It does take commitment, time, effort, and energy, but you can have your master’s in as little as 15 months with UAT.

So, what are you waiting for? The future is waiting, but it needs people like you to help program it. Go be a digital wizard. The Importance of Robotics in 2023 and Beyond

It’s no secret that humans would not be where we are today without robotics. Whether it’s something as simple as an automatic vacuum cleaner or as complex as an autonomous self-driving car, robotics ...

#32 Overall and #7 for Social Mobility for Regional Colleges West  For the past 38 years, U.S. News and World Report has been collecting data on universities to make it easier for people to choose ...