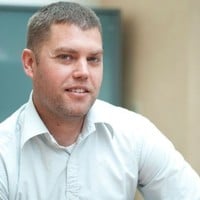 After experiencing the lengthy task of adding incoming, first-year students to a database by hand, Adam Morris took his experience working in the Cyber Warfare Range to improve administrative work.

Knowing there was a better way to complete this work, Adam commissioned his friend Kelvin Ashton to create a program script tool kit as their Student Innovation Project (SIP). Thus, Toasty Sec, named from a flying toaster screensaver that coincided with late night hunger, was created as a tool for security/system administrators.

Features like adding and deleting users, hashing files and port scanners were created through PowerShell. Improvements via Toasty Sec includes the ability to access the user’s hardware information.

A hash is a unique identifier found on every file. If the hash has changed, the file has been modified. When it comes to cyber security, a user wants to know why a file has been modified. This is where Toasty Sec comes in. This tool kit gives the user the ability to scan the entire disk in a few minutes and hash everything found within the file. 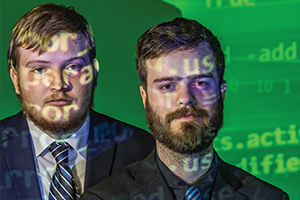 Port scanners are another important part of cyber security. Ports connect to everything on a computer. Your device may experience issues if an unwanted port is open. To keep your device secure, Toasty Sec catches and identifies which ports are open. Toasty Sec even detects SQL injections, the most common type of web-based attack.

Both students are graduating with a BS in Network Security and Technology Forensics, and Adam is also studying Network Engineering. Kelvin states, “It’s one project that we based around all of our degrees.”

Before their SIP, neither UAT student knew how to use PowerShell. After taking a scripting class to bring their understanding of basic programming structure up to par, they learned that the true challenge came with learning the different programming languages. Kelvin figured out how to transform one language to another through its methodologies by using object-oriented programming. This was the game changer for their SIP.