Help Protect the University From AI

Students Bring the University to Life Through Game

“When it comes to skills learned in the class, Professor Hue Henry is always asking if it’s fun. He always tells you, if it’s not fun, then scrap it out, because that’s the point of games. One thing I learned in this class is to really pay attention to how my play testers are reacting to this. Are they having a dull moment, or do they want to win/is it competitive?” shares Christelle.

UAT Invasion is a two-player board game based on UAT’s campus. Taking on the role of UAT professors or evil forms of AI, players compete to take over the most territories and rooms on the board. Team Professor plays to protect the campus while team AI tries to hack and take over control of the school with the end goal being the first player to control four of the seven rooms wins.

Starting the game in designated spots, each participant plays with three character markers that can move in any direction across the board, aside from diagonal. Focused on tactics, strategy, chance and skill, the game is played with movement cards and dice, and includes bonuses such as blocking, puzzles and special abilities. 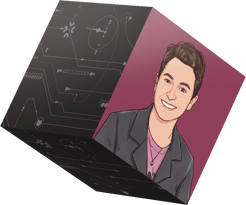 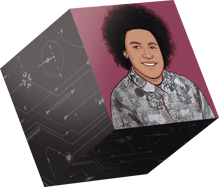 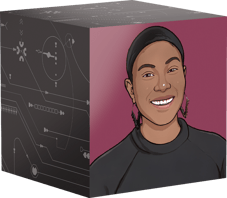 Characters are classified as Programmers, Designers, Artists and Math Experts, and include many well-known faces around UAT. Play as Professors Derric Clark, Heather Peters and Matthew Marquit, to name a few, or the Monitor, Drone and Phone, and unlock special abilities depending on the chosen characters.


To earn special single use abilities, land on a matching player square and complete the puzzle. Designers unlock the ability for a player to move twice with the option to either move one character twice or move two characters once during that turn. Players will use a separate movement card each time. The Math Experts enable a player to change a die’s value. They can add a point to one of their dice or remove one from an enemy’s die. Programmers unlock the ability to roll a die twice when a player is attempting to capture a room. Artists enable players to shuffle the deck and swap their cards for new ones.

UAT Invasion also includes a special room on the second floor of the board for Provost Dr. Dave Bolman, which has different rules from the other six rooms. At the start of the game, both players roll two dice to establish the number required to control this room. The dice are left in the room with a player marker. When a player reaches this room, they have 30 seconds to roll the predetermined number to win this room. If successful, the player will control this room for the rest of the game; the other player cannot steal this room. If they fail, the player can try again during their next turn.

When asked about her experience at UAT so far, team member Morgan Soetaert states, “I love it here. I love the environment. The people are just unique. We’re all very similar, you can talk to anyone and immediately have a related interest. The professors are helpful, and they really care about your education. I enjoy talking to all of them—they’re all very passionate.”

Team member Anthony Marquez shares a similar perspective, “My experience here has been really great. It’s not hard, but it’s not easy. You learn a lot because it’s really hands-on, and the teachers are cool because they’re just older versions of us. The people here [are my favorite], you can talk to anyone because they’re interested in the same things, you don’t feel left out here.”