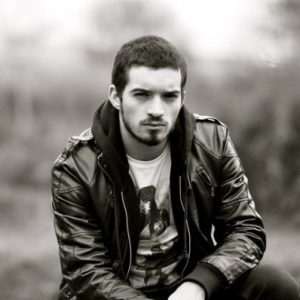 We complied Will's top career advice for game artists and developers below:

“Look at the front page of ArtStation. Is your work of the same quality? This is who your competition is,” Will said. He added that comparing your work to your peers is important but pointed out that college is a microcosm. He made clear that the real competition is “professional artists like me and some kid in China who has been making game art every day since he was 13.”

When students first arrive on campus, they bring the enthusiasm. They’re up all night, tinkering in Substance Designer and Unreal Engine 4. But when the reality of what it takes to succeed in the game industry sets in, it is easy to lose motivation.

Will recommends looking up portfolios of artists who work at your target companies. Find them on LinkedIn. Analyze their career paths. How did they get to where they are now?

Think of your career like a project. “Bite off more than you can chew, and then take another bite.”

Prepare for late nights, reworks and lots of rejection. Will put in 25 hours a week on his portfolio on top of a full-time job.

Artists who spend the time to master the fundamentals will create undoubtedly create the most polished, game-ready work. When Will reviews portfolios, he pays close attention to color theory, perspective, lighting and rendering.

Polish makes all the difference in the world. “When someone presses the space bar to make your character jump, it better feel as seamless as Super Mario Odyssey,” Will said.

Will learned a lot in his classes, especially Game Production Studio, which mimics real-world game studios. He learned how to be a developer by working on teams with his friends. “Use their motivation and ambition to fuel your own,” Will recommended.

Capitalize on networking events and workshops conducted by local gamer groups and indie studies. For example, we are super lucky to have Game CoLab, IGDA Phoenix and the Game On Expo here in Arizona.

Employers look for discipline and consistency. Students should always be working on projects and seeing them through fruition. 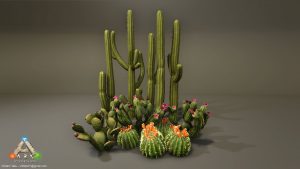 Cacti by Will Tate

Build meaningful relationships with other devs. Send them your work. Ask for feedback. Remember, no one owes you feedback; you have to go out and get it.

“Critique is a cheat code to making something look better."

Look into Facebook groups AKA “the wild west of game dev feedback."

For example, Will competed in a Riot Games environment art competition and placed third. He didn’t land an internship with Riot like he wanted, but he did gain recognition and walked away with a job offer from Social Point, a Spanish mobile gaming company that noticed his work.

Like many students, Will wanted to work at Blizzard. He spent hours developing portfolio pieces specifically designed for Blizzard. Then one of his mentors told him to “go somewhere else for a bit.” He gained tons of hands-on experience at smaller indie studios.

“Don’t be afraid to take on opportunities that you may not have originally considered,” he advised.

Will knows an amazing developer who got fired because he refused to do anything about his body odor. He also knows several young developers who boast about being the best. He advises checking your ego at the door. A lot of developers have been making games longer than some young devs have been alive.

“Treat everyone like a human,” Will said. And once you’ve made it, give back to students and young developers. Share advice. Give feedback. Build community.

You can view all of Will's advice and the Q&A session on the UAT Game Studios YouTube channel.

Want to learn how to create beautiful game art like Will? Check out our Game Art & Animation degree program.

During the first week that our nation was dealing with the spread of COVID-19, and while many were unsure of what to do for higher ed to continue on schedule, UAT students responded by not only ...

Game Professors Present VR at Science With A Twist

The Arizona Science Center is blowing up the night for a special adult-only event featuring a twist on science demos and experiments, a high energy DJ, specialty drinks and a presentation on ...
Game Developer 10 Min Read
digital art Level Design

How to Become a Video Game Producer at EA