The first is the name. Non-fungible sounds like fungus, which is gross. So, there’s a branding issue, which I’m sure is why people try to refer to non-fungible tokens simply as NFTs. The second big problem is that most people don’t understand how incredibly important they are right now and will continue to be in the future.

In one sense, they are the next evolution—or, at least, the next logical step—of cryptocurrency. You know crypto: Bitcoin, Ethereum, the farcical Dogecoin. Those seemingly made-up currencies have made some people incredibly wealthy, even if they can’t actually access their wealth, like this guy who lost his bitcoin password.

So what are NFTs then? In the broadest sense, they are an opportunity for investment.

What Does it Mean to Be a Non-Fungible Token?

The dictionary lays out the term fungible as meaning, basically, interchangeable. For instance, in old school Magic: The Gathering there was a thing called Generic Mana, or grey mana. Grey mana is fungible. It can be used interchangeably in the game for other types of mana. The other types of mana, however, are non-fungible (depending on the spell).

So grey mana is like an NFT and colored mana isn’t.

Sort of. It really depends on how it is used. Since blue mana can be used to fill in for grey mana in other spells, blue mana itself is fungible—but the cost of a spell, like the Mystic Remora, is non-fungible.

Which is part of the problem with NFTs. They don’t make sense to a lot of people on the face of it. This is mainly because NFTs mainly apply to artwork (at least, at the moment). And not just any artwork, but digital artwork.

Dude. Dude. I can just take a screenshot of an image and BOOM I got the same NFT that you got.

That’s an idea that is explored by UAT student, Tyler Higgins here. But, the truth, like most things in our brave new digital world, is a bit unclear.

See, when you take a screenshot of an existing NFT, really, what you have is an entirely new file. It may look the same, but digitally it’s totally different. Yeah, you can still use it as a wallpaper on your desktop or text it to your friends, but digitally, it’s not the source. It’s not the original. And what people are paying for is the original. 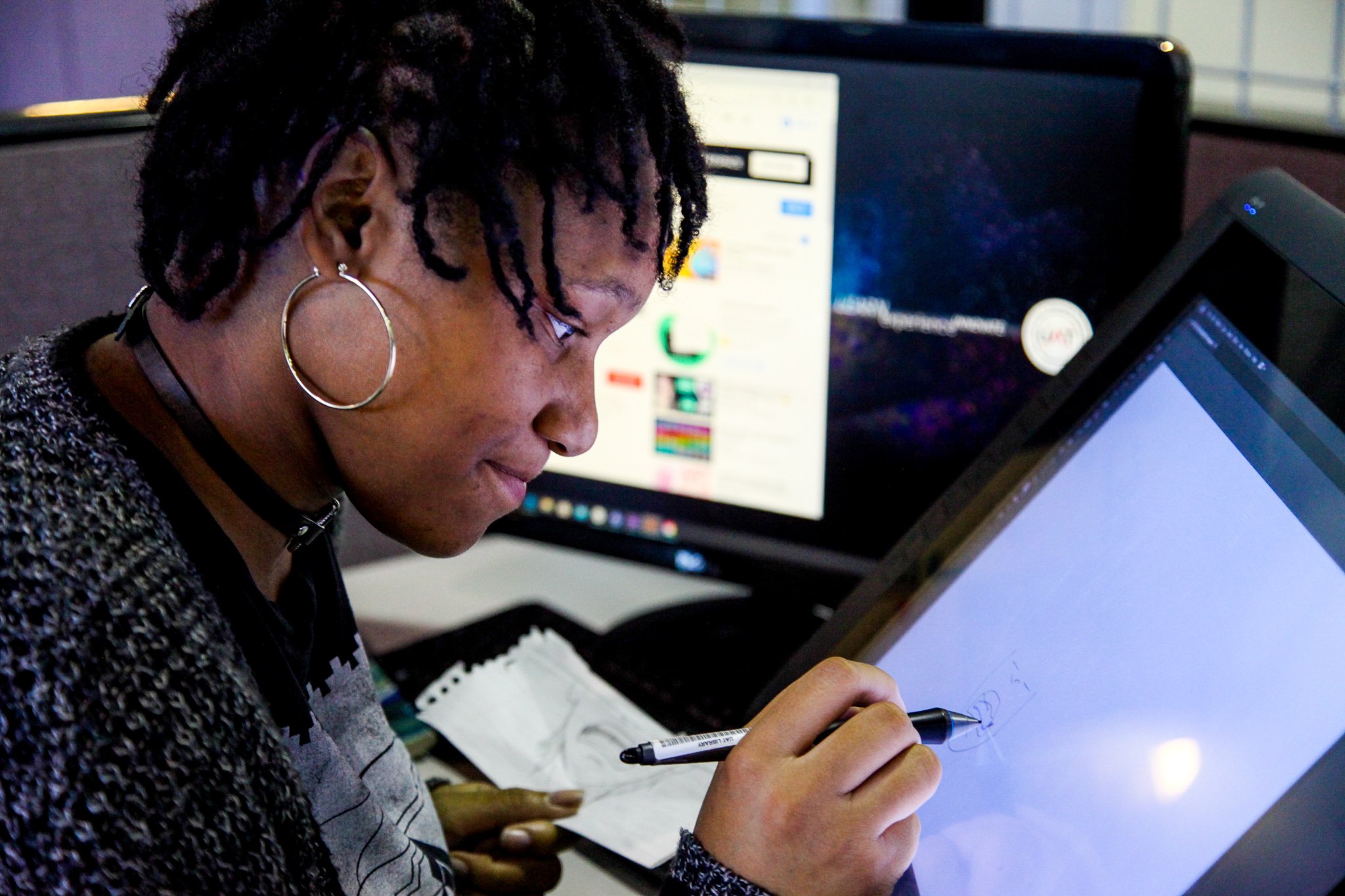 It’s this non-fungible aspect of the non-fungible token that makes it a good time to be an artist. Sure, people may pirate your digital picture with any number of screen-copying apps, but will they have the original? Nope. They might as well take a Polaroid of Michelangelo’s David. Sure, they have something that resembles the original, but the original, it ain’t.

And for the artist releasing new and amazing digital artwork, by setting that artwork up as NFTs, they are able to gain something that precious few artists are able to produce: residual income.

So artists, listen up. Highlight this next part and email it to your parents when you tell them you want to go to UAT to study digital art and blockchain technology.

When an artist sells a piece of traditional artwork, their financial connection to that art is done. Like a home builder building a house and selling it for the first time. The work is done, and the transaction is over. But what if every time that house sells, the builder got a tidy commission, of, say, one percent? Yeah, it might not mean much if they’ve only built one house, but what if they’ve built hundreds?

Well, home builders can’t do that—thankfully, at least not yet. But NFTs can. Artists can digitally code their NFTs to generate a commission each time the NFT changes hands. So, let’s say the NFT that Future You produces sells for a clean fifty bucks. But then, because you are a mover and shaker in the world of social media, suddenly someone buys that NFT from the person you sold it to for a lot more. You may not reach the six-million-dollar NFT level, but let’s pretend you do. Let’s also pretend that you script in a two percent commission. Two percent of six million? That should keep you flush with Ramen and Fortnite skins for many moons, my friend.

But Wait! When it Comes to NFTs—There’s More!

NFTs, however, are not limited to the visual arts world. They can be used for anything that is collected and has a digital component.

The most obvious next step of NFTs is anything in entertainment. Think about it: the first cut of Foo Fighters next studio album, the first release of the next Star Wars movie (as long as it turns out better than any of the new ones). Or go far out. In the real world, first editions of books are prized commodities. Why not have first edition NFTs of books, both in written and audiobook formats? Or, since NFTs can be audio, a personalized greeting from Stephen King?

The possibilities are endless in entertainment. But there are possibilities in the business world, too. I’d be surprised if they caught on very quickly, but it would introduce incredible transparency into any business transaction. Anyone—and unfortunately, everyone—could find out a lot about the dealings of any business.

This is probably why Pres. Biden has recently signed an executive order to investigate the use of a federal cryptocurrency. Imagine what would happen to the US monetary system if it was all crypto-based? Well, a lot of bad things could happen if the government becomes corrupt, but some good things could happen. Taxes could be streamlined. The bad guys trading money for bad things would have a much harder time, because there is such transparency. 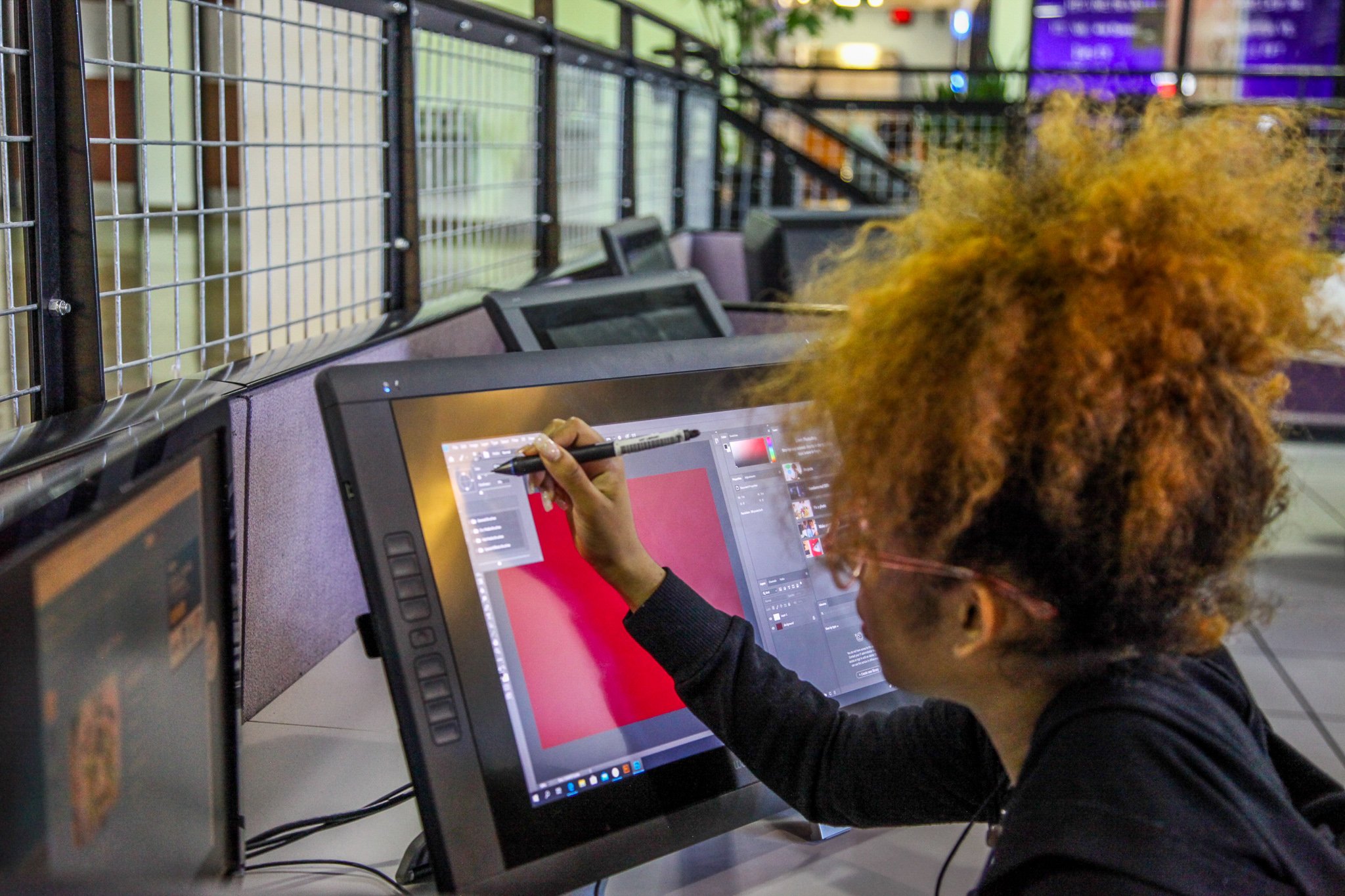 A Non-Fungible Education at UAT

This is why getting a non-fungible education at UAT makes so much sense.

At UAT you can study the digital arts and hone that maturing (or fledgling) artist talent bubbling up within you. At the same time, you can study blockchain technology and programming, setting yourself up to be the Banksy of the NFT world.

There are a lot of times in life when change takes place and people react too slowly before getting involved. By the time they finally make the decision to jump in and take the risk, government regulation and intervention slows things down or popular interest wanes or the idea just doesn’t pan out. This is not one of those times.

Cryptocurrency is here to stay and NFTs are the next logical step. The good news is that they are still in their infancy. There’s plenty of room to grow, and by setting your sights on UAT, you are positioning yourself for success in that field.

So, request more information and connect with a UAT admissions advisor to get started making your mark on the art world, and move from the idea of starving artist, to thriving artist.

What is a Text Editor?

How to Do Serious Systems Admin Work The Word Processor is an amazing piece of technology that has enhanced the creation of documents and formatted text the world over. If you are seeking a desktop ...

What does brute force mean? Brute force attacks are a method by which many login attempts are made to gain access to a system. WordPress is a free and open-source content management system that is ...

Surveillance Capitalism: The Cost of Data

Watching for a Pay Day Surveillance capitalism is the act of earning money from surveillance in the simplest terms. Large companies who have access to massive data sets can reduce uncertainty and ...