UAT Robotics students took a road trip to participate in the VEX U Robotics Tournament last weekend at Embry Riddle Aeronautical University in Prescott, Arizona. While this is not a qualifier for VEX Worlds Championship, it does earn points for qualifying for Worlds.

This is the first year that UAT has competed in the early season competition. All of the teams from our league were invited. Early competition gives us the advantage of practicing against real opponents and seeing what the most successful teams are doing as we have time to iterate and improve before the State tournament in February. 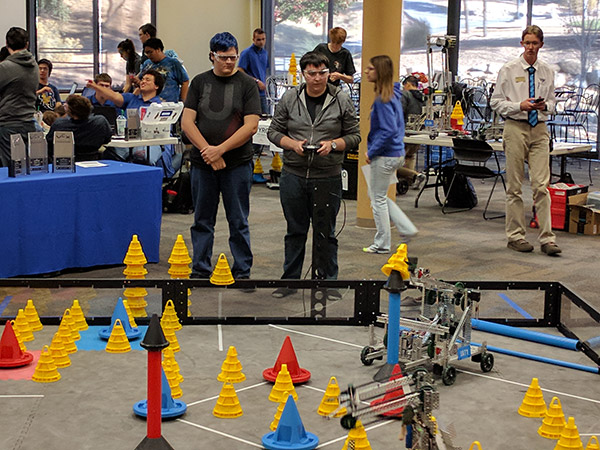 UAT's team placed 7th overall out of 12 teams. Getting the robot up and running the day before the competition gave the programmers enough time to develop some great autonomous functionality. The team learned a lot and have some great ideas for improving the robot before the state tournament in February.