Jacob Glass and Ceara McSherry have gone a long way since graduation... literally, a long way in their travels across the globe. From zip-lining through the rain forest to chasing shipwrecks off the coast of New Zealand, these two have documented an exciting voyage since leaving campus, capturing their adventures and beautiful surroundings. As they come to the end of their journey, we sent them some questions about life after UAT. Read on. 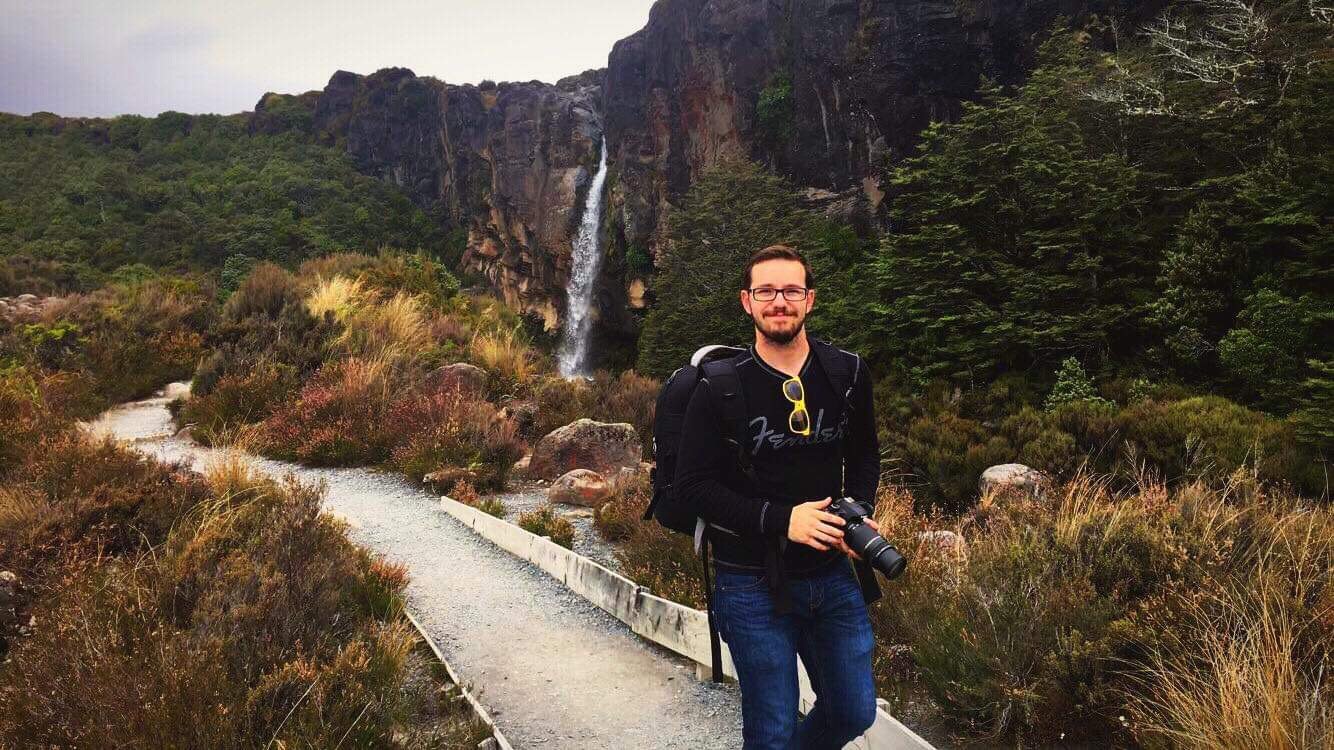 Taking photos at Tongariro National Park just near the base of mount Ruapehu, AKA mount Doom from Lord of the Rings.

What did you study at UAT?

Ceara and I both studied Digital Video while attending UAT.

How did you start your travels?
We started our travels by applying for a working holiday visa in New Zealand back in December of 2018. It’s an extremely simple process that can be done on the New Zealand government's website. We were approved two days after applying. Once approved, our visa was valid for one year after we entered the country. By New Years, our flights were booked and we notified our landlord that we were not going to renew our lease. At the end of January, we put in our resignations at our jobs and sold most of what we had. We left on March 17 and never looked back. 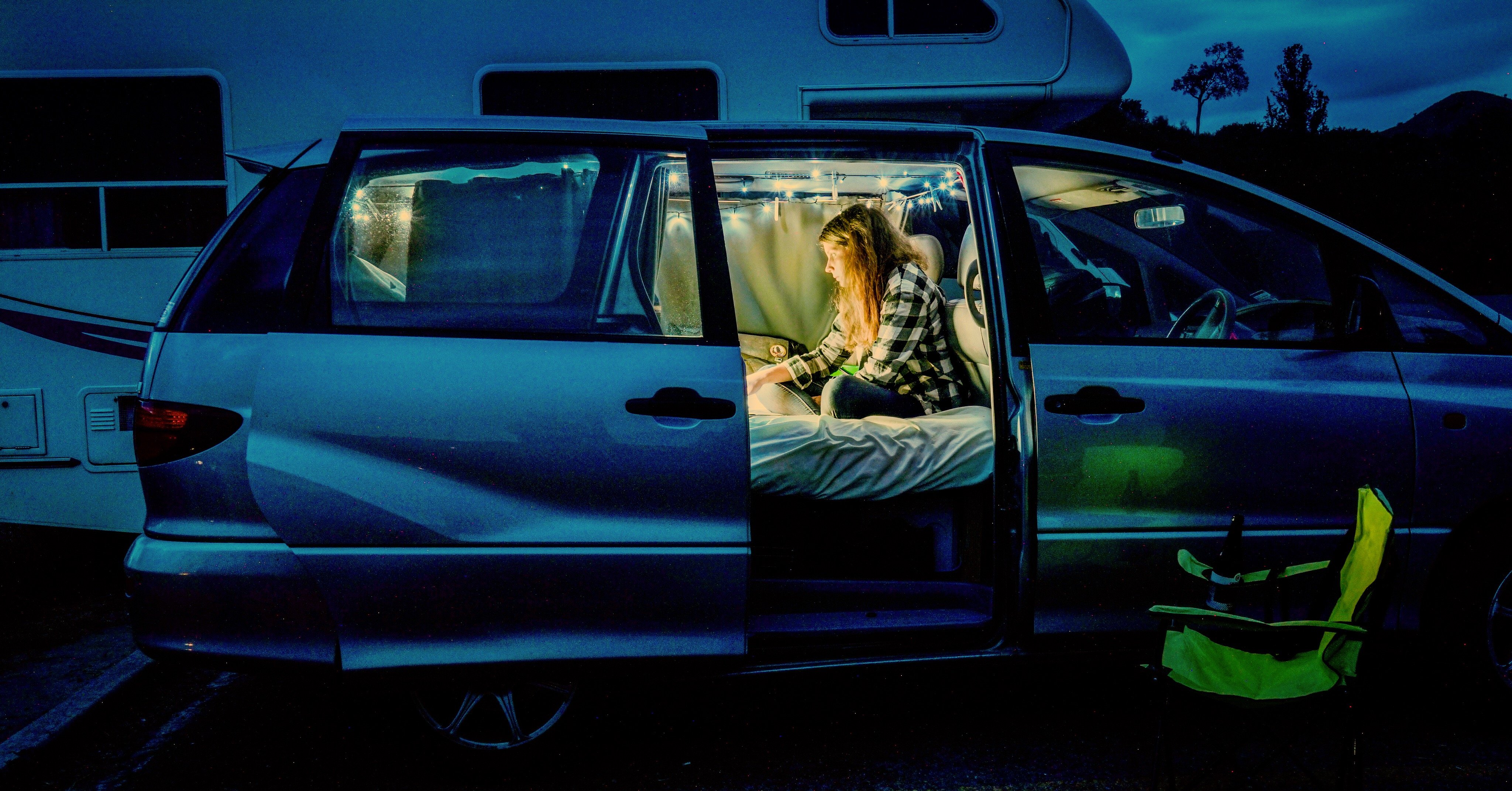 Jake & Ceara often stayed in their van as they road tripped across New Zealand.

What has been your favorite place to visit and why?
Ceara - Fiji was my favorite spot to visit because we got to interact with locals and learn about Fijian culture. Plus, we made a lot of friends from all over the world who were equally adventurous as us. Everyone had the same goal in their travels, so it enriched the experience. And the natural beauty of the country was unbelievable. Fiji was a truly amazing adventure.

Jake - It’s hard to pick one spot because each place was so different from the next and each had its pros and cons. One of the most standout places would have been towards the end of our time in NZ. We were staying at a working hostel outside of Napier, the Art Deco capital of New Zealand, while we worked at a tree nursery. It was amazing because not only was Napier an interesting and unique city, but we lived and worked with the same people which made it feel less like work and more like camp. We planted and trimmed trees for 50 hours a week then got to go swimming, hiking, or partying on the weekend with people our age from around the world. It was a combination of the work, the people, and the place that made it special to me. 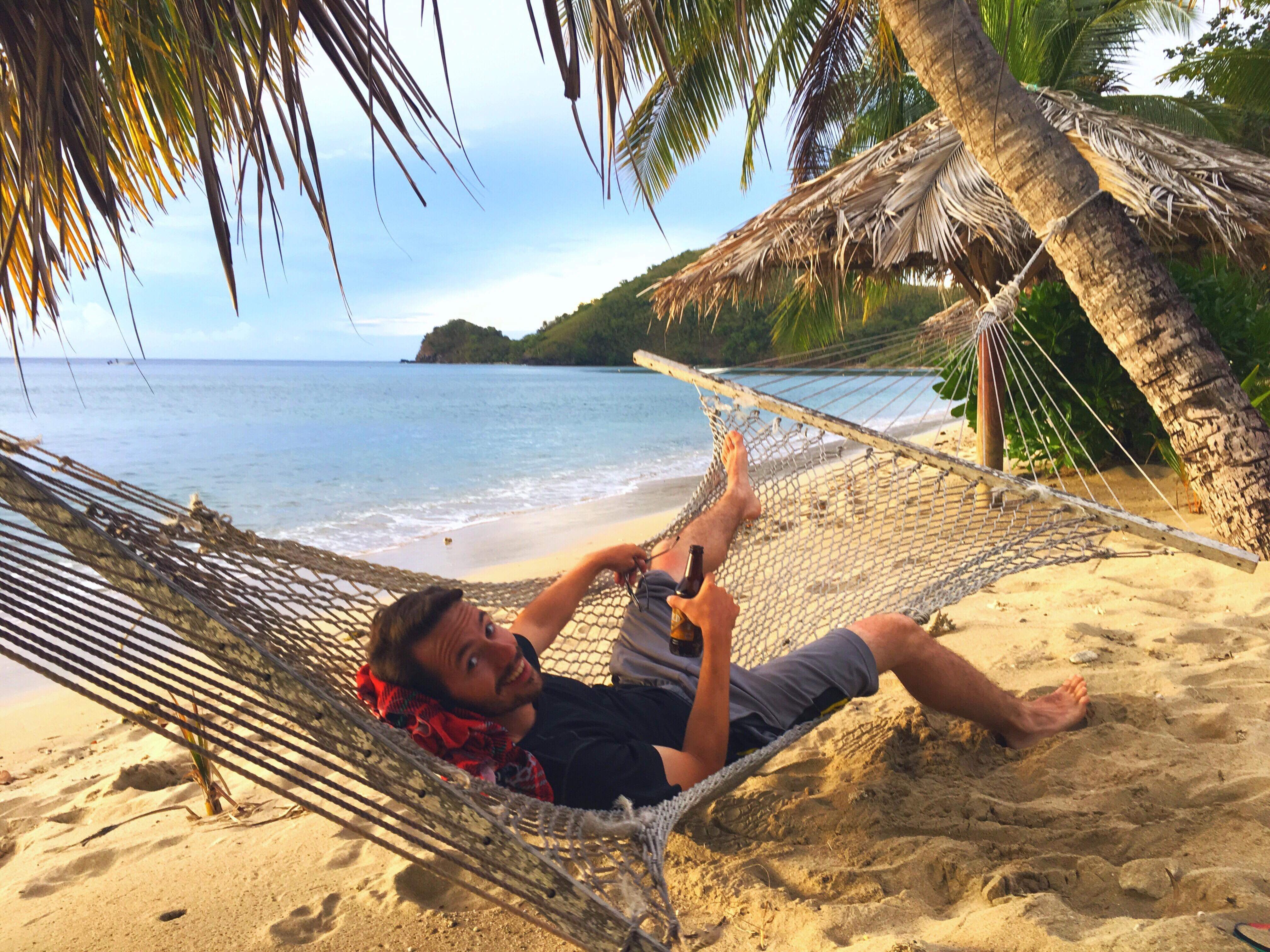 Jake relaxing on the beach after a long day of adventures.

How did your education at UAT help you?

Most of what we were doing we learned along the way. However, both Ceara and I worked as RAs in the dorms which helped get us jobs working at a cafe and hostel on the west coast of South Island.

What are your future plans?

Currently our plans for the future consist of us getting jobs and returning to the work we love to do, which is filming and working on sets. 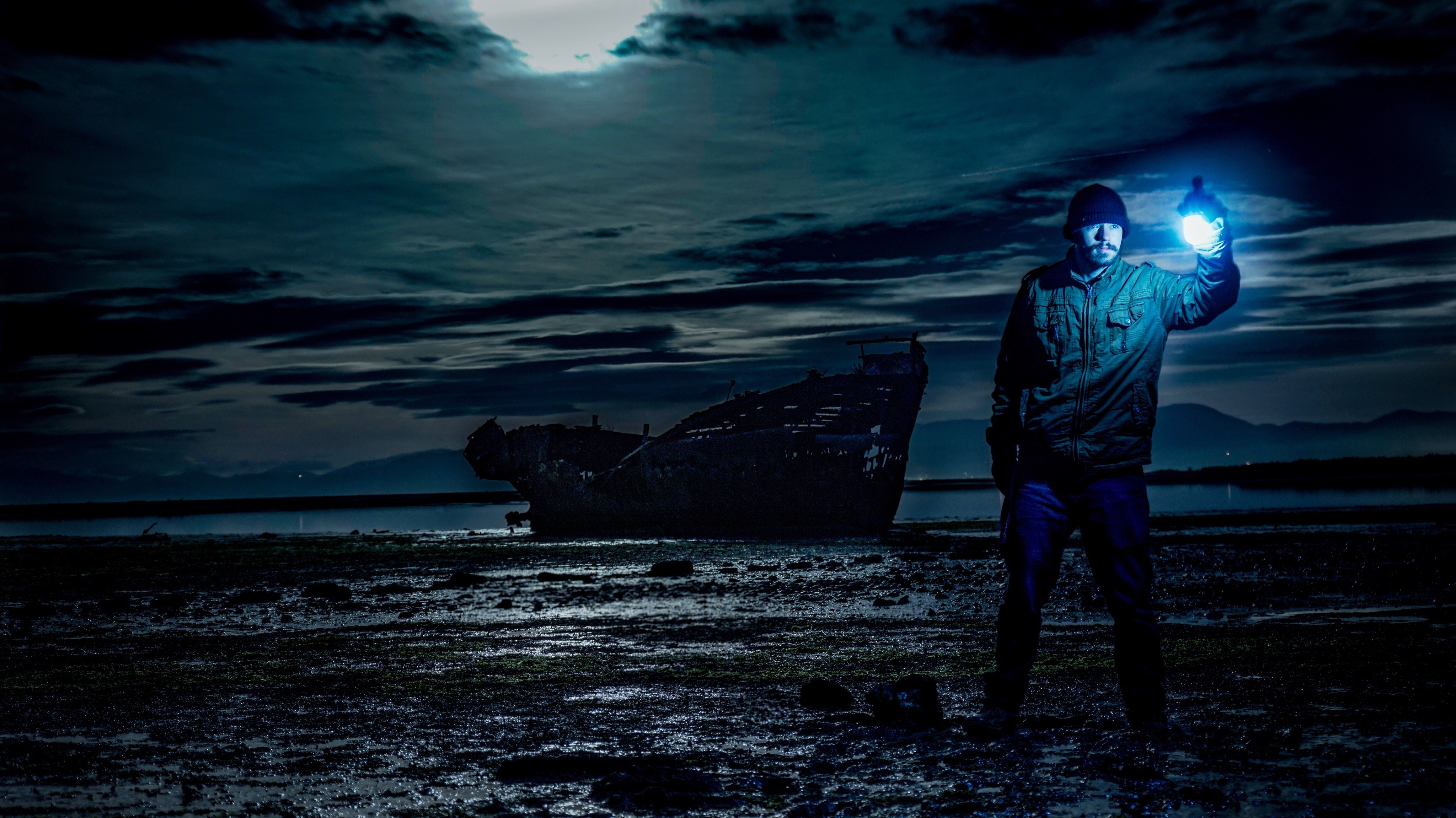 How are you helping to save the world?
How are we helping to save the world? Well, currently we’re not. That’s a big question with lots of possible answers. We learned a lot about sustainability and conservation while in New Zealand and are excited to implement some of things we learned here in the future. Until then we are just doing our best to stay informed politically and plan to vote in both the primaries and general elections.

What advice would you give other students to encourage them to pursue their dreams?

Honestly, the best advice I can give anyone about pursuing their dreams is to have a plan. Do the research required to know what tools you will need to get from where you are to where you want to be. After that it just takes patience and persistence.

Ceara exploring caves a few miles west of Greymouth (on the west coast of New Zealand’s South Island) and finding some glow worms.

At UAT, we're proud of Jake and Ceara and looking forward to seeing what's next for them. Watch videos created by the duo on their YouTube channel, Storyists Abroad, and follow their personal Instagram blog @storyists_abroad.

Want to learn to how to document the world? Our Digital Video Bachelor of Arts is a film production degree that prepares you to take on the challenge of storytelling with contemporary relevance. You'll be immersed in leading-edge technologies and environments that are essential to today’s film, television, video production, news gathering, animation, visual effects, gaming, web and interface design industries. The focus of this film production degree is creating digital video production professionals who will have mastery over the dynamic and ever-evolving realm of 21st century film technology and artistry. Learn more at https://www.uat.edu/digital-video-degree.

Ke'Ondrae Mell: From Student to Success

Ke'Ondrae Mell was a very busy student and a familiar face for most at University of Advancing Technology (UAT). In fact, no one could understand how he even had time to sleep, as often as he was ...

Brandon Michelsen is an alumni of University of Advancing Technology (UAT) most known for two things... his love of space, and Loomo. (What's Loomo you ask? That's a whole story of it's own...)