Are we talking about trading our actual physical existence for an entirely virtual one? No, no, no.

Hollywood hasn’t done virtual reality any favors and created a lot of fear regarding technological advancement. From Ready Player One to The Matrix even as far back as The Lawnmower Man, virtual reality (VR) is commonly looked at as the gateway to a phantasmagoric dystopian future.

But as is often the case when Hollywood gets their creative digits into the ones and zeroes of science fiction, the (virtual) reality of the situation, and even the virtual reality training UAT offers, are for a much different purpose.

Practical virtual reality isn’t actively (or passively) paving the way towards our dystopian demise. On the contrary, virtual reality is being used in a variety of novel ways to do what technology does best: make our lives better than they were yesterday.

Below we will look at the salary and career projections for jobs in the VR industry, but first, let’s dispel any preconceived ideas about what VR looks like today and see how real people are making a virtual difference for the better of their fellow person. Doctor, Your Virtual Patient is Ready

Thanks to innovation from places like the Surgical Theater out of Colorado, Stanford Medicine has been using a new software and VR technology since at least 2017 to help see inside of a patient before ever going into surgery.

It sounds like the beginning concept of what Tony Stark would create to look inside someone, but it’s real. Well, virtually real.

The software compiles all the data from MRIs, CT scans, and angiograms to form a virtual representation of the problem area in a patient—like an aneurism.

Once the rendering is complete, the doctors can put on the VR headgear and virtually manipulate the troubled blood vessel.

Imagine it. Where once, the doctor could only see a 2D image on a screen or a top-down image of reality—all in the moment and stress of surgery—now, the surgeon can take the time to truly investigate the problem. They can literally (er, virtually) hold the damage in their hands. They can lift it up. Move it around. They can conduct a true examination of the problem area before they ever work on a person.

And long after this one person has been saved, the next group of doctors will be able to use the same information to hone their skills at healing without having to touch an actual person.

Companies like Flight Safety International lead the industry in creating the most realistic flight simulators in the world. Their Level D flight simulators allow a pilot to learn all they need to know about piloting these giant air buses without ever leaving the ground.

Now, they don’t use the fully immersive VR environment that Hollywood has groomed us to think about in these situations, but they do brush up against a growing trend of VR reality—Augmented Reality (AR).

Augmented Reality also goes by Mixed Reality (MR), or Hybrid Reality (HR), but they all do the same thing. They take aspects of reality and mesh them with virtual reality, whereas Virtual Reality is immersive.

Gone are the days when pilots would fly over vector blocks in VGA graphics. No, these days the software that the professional flight simulator companies use have details all the way down to street signs and business addresses. And sitting in one of these cockpits, the pilot is completely immersed—visually—in the experience.

Where the doctors put VR sets on and wear gloves or hold controllers, these pilots step inside the equivalent of the headset and the controls are the same as the plane. By engaging with true facsimiles of the real thing and having a visual display that completely immerses the pilot, the student can gain a level of understanding on par with actual flight without putting anyone in danger. 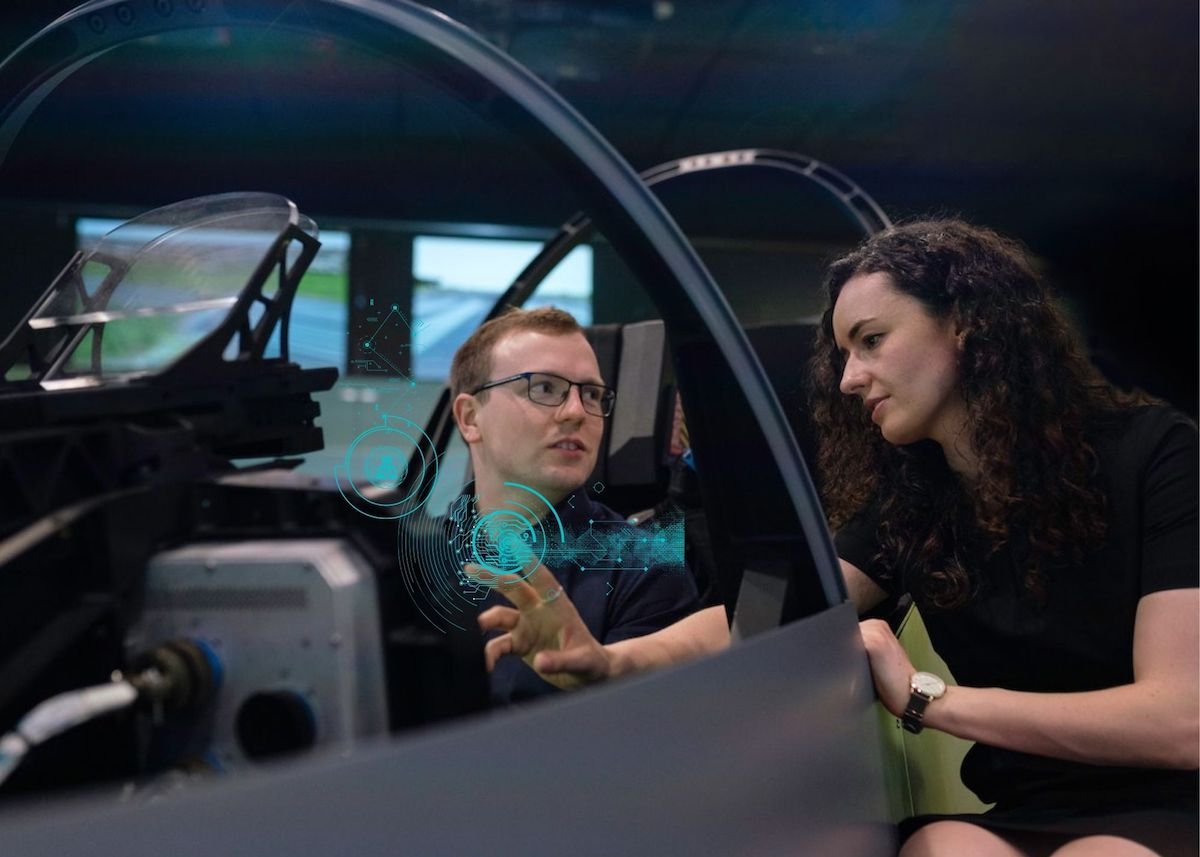 In this way, both doctor and pilot are served by these virtual and augmented realities.

When Reality is Too Much

An article published in 2017 by The College of Family Physicians of Canada explained their use of VR to help manage pain and anxiety in children. In essence, the doctors and scientists were able to immerse the children into a virtual world and walk them through upcoming medical procedures, vaccinations, and even changing bandages for burn wounds.

The study found that by using VR in this way helped to distract the patient and lead to the pain signals reaching the patient's brain more slowly. And so, by using VR with traditional means of pain and anxiety management, they were able to make a positive impact on the children. 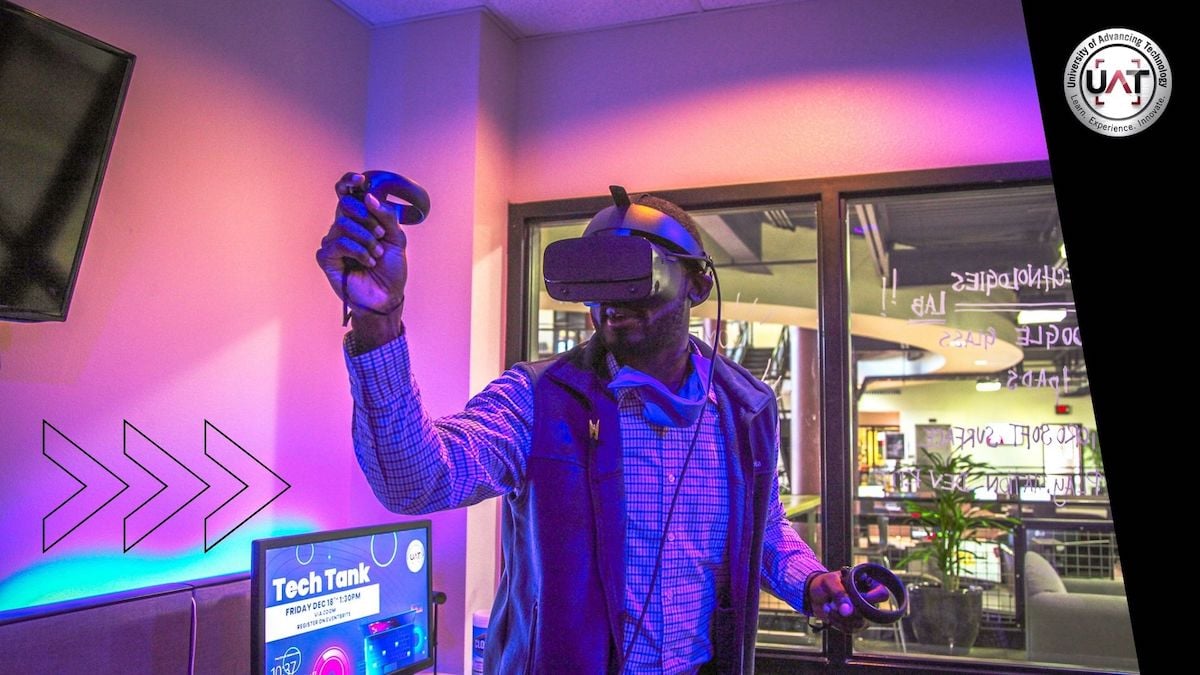 Ok, so I can help all of civilization with VR/AR. But can I support a family?

Yes! But it depends on what you do in the field.

Being a relatively new, yet highly technical field, the major strides in the last few years have been mainly in the gaming industry. These advances, in many ways, are paving the widespread acceptance and possibilities of VR to the masses.

One of the major devices in the gaming world is the Oculus Rift that Meta, the company formerly known as Facebook paid a mammoth $2 billion dollars for a few years back.

Since then, there have been advances in the medical field and in the broader scope of industry all leading to newer and creative positions for VR and AR.

Purchased a piece of furniture on Amazon lately? No? Well, just pull up Amazon on your phone and go shopping for a chair. More than likely there will be an option to view what that chair would look like in your own personal abode through the use of AR tech and your smartphone.

So, essentially, with a degree in Virtual Reality, you could find a job anywhere from a tech startup in Colorado helping to train doctors to Amazon where you could help people find just the right wingback chair for their bedroom.

And of course, there is the metaverse and growing opportunities with Meta. Only time will tell how pervasive the changes Meta will make to our society—and the world itself—but, if you want to be on the ground floor of that, a degree in Virtual Reality from UAT is a great place to start.

Currently, most virtual reality roles' salary figures range from $80k to well over $100k and in all the described industries. Partner that with the fact that the global virtual reality market size was valued at $15.81 billion in 2020 and is expected to grow at 18.0% over the next decade, and you have yourself looking at a lot of potential for career opportunities and return on investment on your education and expertise in the virtual reality field.

University of Advancing Technology (UAT) has been a leader in Virtual Reality studies including Augmented Reality and Mixed Reality, offering distinguished courses since the early '90s. In fact, UAT debuted its first Virtual Reality degree in ’94.

When an institution is that forward-thinking and preparing for the future, it’s no surprise that even now UAT is looking to advance not only the body of knowledge but its implementation in the field of education.

UAT has partnered with FabCom, a marketing and advertising agency out of Scottsdale, AZ, to answer the question: do students learn faster and retain information better when receiving new knowledge through HReality virtual experiential learning, when compared to established curriculum delivery within Canvas-style LMS systems?

In other words, can we make learning better with Hybrid Reality? It’s a question worth asking. And by being involved with UAT, you may be able to peer behind the veil of this question and others that will come up in the field. Perhaps you’ll even get the opportunity to work on the project and take virtual (reality) learning, to a revolutionary level through an innovation you create for your Student Innovation Project (SIP).

So, is a degree in Virtual Reality from UAT in your future? Well, let’s see if you can check off these bullets.

Are you interested in interactive technology and gamification? Yep.

Do you want to enter a creative and technical field with unlimited potential?  Um, obvi.

Do you want to be a part of the newest cutting-edge technology that has the potential to reshape reality and create an unparalleled level of good for all of mankind? Yes, when is the next start date?

Then, yeah, this degree in virtual reality might be for you. Check out the course list, give the good people in admissions a call and get on the road to exploring virtually awesome technology at UAT.

Okay, we saved the best part for last. You can fast-track your VR education and earn your degree in less than 3 years at UAT. That means potentially getting a job sooner, becoming income positive sooner, and getting in this rapidly exploding industry earlier to make an impact sooner.

Ready to get started and earn #TechRespect at UAT? Apply for acceptance today.

Research Partnership Explores New Virtual Learning Dr. David Bolman, Provost at the University of Advancing Technology (UAT), has announced a partnership between the University and FabCom, an ...

Justin Anthony is a Navy veteran and UAT graduate. After running across his name in the Omaha World-Herald, we thought we'd check in to see how he feels about his education and experience at UAT, as ...

UAT students created a virtual escape room for their Student Innovation Project, and Phoenix is buzzing about it!