Erin Ali is a 2007 graduate of UAT, and somewhat of a legend. From Student Showcase Organizer to Co-Ed Softball player, she made her mark during her time on campus, and continues to do so in her gaming career. Erin has worked at Blizzard Entertainment and Twitch, and she is currently the Senior Producer for Forza Motorsport by Turn 10 Studios.

Dr. David Bolman, UAT Provost, said that Erin is—simply put­—awesome. “The thing about Erin, which has been true about so many top tier UAT grads, is that they first gained notice by being so engaged on campus,” Dr. Bolman said. “Erin was a leader in student government and inserted seeds of ideas into many of the traditions that continue today. She worked as a student-staff person all over the building, and so we became accustomed to seeing her and talking about her goals and ideas. Towards the end of her time at UAT, the experiences she cultivated led her to being hired as a student to work on a "triple A" massive multiplayer online

(MMO) project, and that’s very rare, and very impressive. What she learned there launched her into a career in the game industry that covered some of the most well-regarded companies out there.” 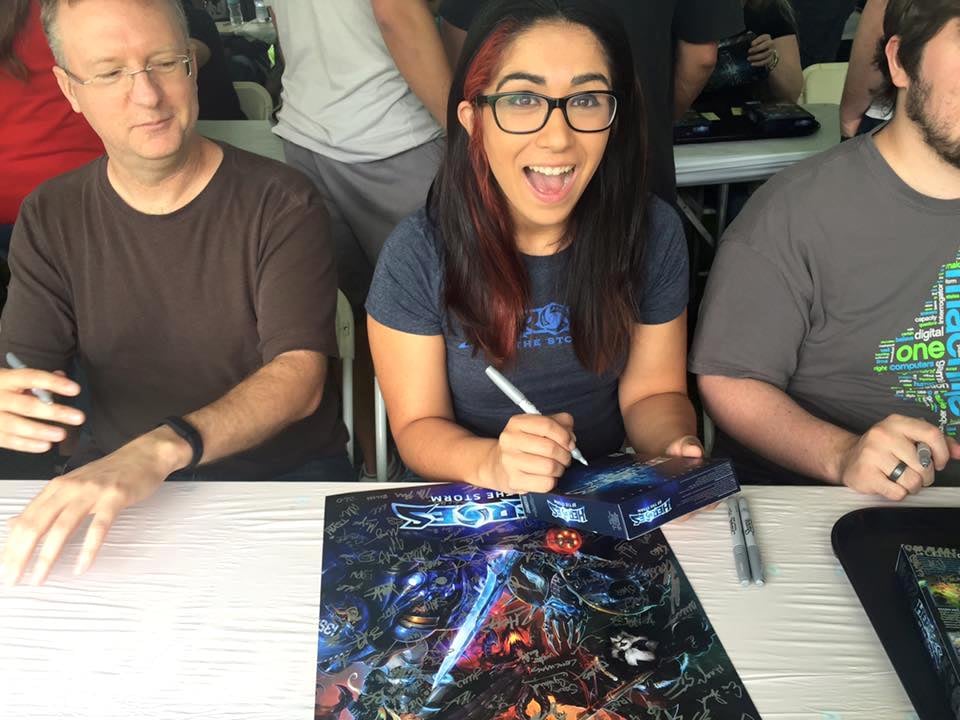 Dr. Bolman also notes that Erin is a great influence for women in tech. “She is a voice for women in the industry and speaks to it when she returns to campus every year or so to speak to current students. When she is on stage in the UAT theater, I see someone who is every bit as smart and enthusiastic about tech and game studies, but also has learned enough through her career to be completely confident in her ideas and perspective. What I love most about this, beyond the joy of seeing Erin happy in her career, is that she leans in and tells the current students that finding their own values and creative voice is one of the best things you can do with your life.”

We asked Erin if she could share some of her insight into the world of gaming, and she took the time to share many great pieces of career advice. Read on to find out more about Erin and how she turned her transitioned from a successful student to a thriving game producer!

Why did you choose UAT?

When in high school, I was big into Electronic Gaming Monthly and Official PlayStation Magazine. At the time I wanted to be a journalist in games, but had never really considered making them. It didn’t really feel like something I knew I could do.

I recall getting a mailer about UAT (as I grew up in Arizona) and had decided to check it out with my Dad. Once I realized I could explore getting into game development, and after checking out the school at an info session, I had decided UAT would be a good fit for me.

What did you study at UAT? Did it prepare you for the future?

My BA from UAT is in Multimedia. I can’t entirely recall what classes tied to my BA, but I can say while at UAT I tried a lot of different things to help my future, a lot of which UAT supported. 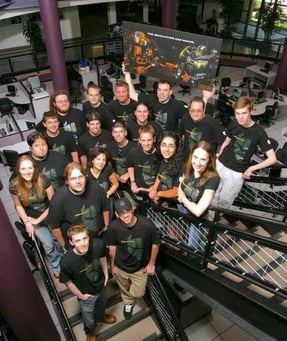 I sought out ways to get as close to job experience as I could by joining student led projects. I was the Web Admin on the Counter Organic Revolution Mod and became a Modeler for CiTAGA.

Outside of my studies, I also tried to find ways to network. I attended UAT’s Tech Forum and engaged with some of the speakers. I worked at GDC as a Conference Associate so I could attend GDC and meet others. I don’t think networking for me at the time was very intentional, I was more or less looking to meet cool people in the industry and make friends. What I ended up with was some strong connections to people who eventually did refer me early in my career.

How did you land your current job/project?

For almost every job I’ve landed in the industry, it started with being a referred candidate (which before started with making friends and connections in the industry). That means someone I knew who was comfortable referring me to their company sent my information through internal employment channels to refer me as a candidate for the position. Cold applications for jobs can be successful (I’ve done it once before), however I’ve found with some companies the best way to get a shot for an interview is a referral.

For my first job, I actually applied through the UAT Industry Career Services team. They had a posting for an Assistant Producer, and I worked with the UAT Career Services Coordinator to get my application in. It was like a referral as I went through ICS, so maybe all the positions I’ve landed started with referrals, haha.

After landing the interview, a lot of it is about preparation:

⇒ I researched the studio and titles to feel better prepared. For some titles in my career I hadn’t played them, so I made sure to play them in advance for perspective.

⇒ I looked up my interviewers on LinkedIn to get a sense of their histories and tenure within the company.

⇒ I keep a list of questions to bring to the interview. Some of them are tailored to specific interviewers and a few are to be asked in every interview I’m in. I like to get different perspectives from various employees in the company, and using a question where you can gauge answers to the same question can give you an idea of things across disciplines, teams, or levels.

What is the most exciting part of your work?

Seeing the enthusiasm our team has for supporting each other. When we get together to review our past month of work or to present on something we did, people care. They celebrate big and small wins. For me it’s usually about the team first. 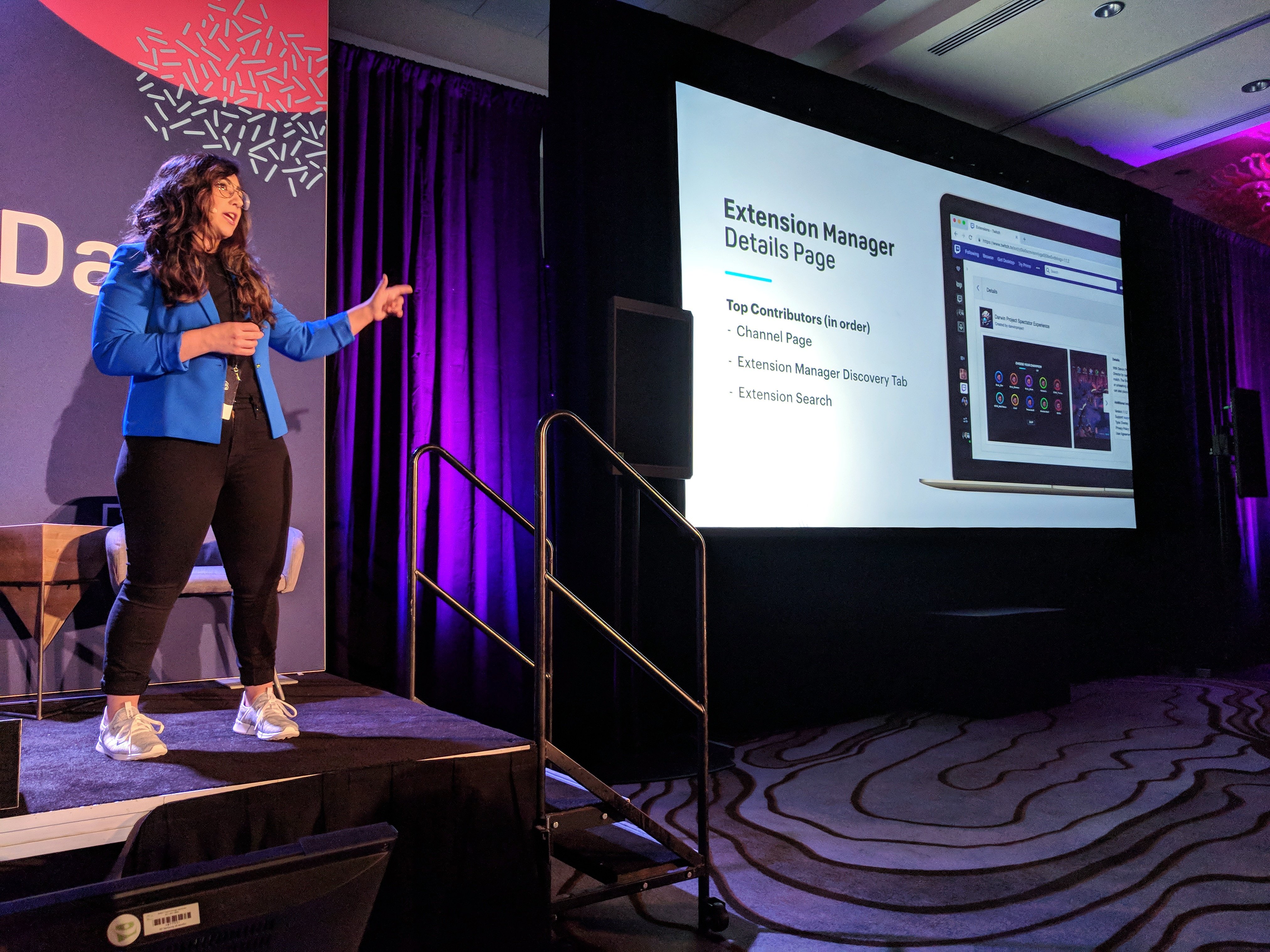 What is game production like when working from home?

Working from home presents pros and cons on its own, just like working only from the office, and you find ways to adjust to them. For example, working from home means we aren’t commuting to the office or needing to transition between meetings from one room to another. It can be easy to fall into a trap of now having even more meetings in a day because we’re not commuting. We have been going through trial and error for what has worked for our team as a whole and among our smaller teams. We recognize a lot is going on right now though so our meetings may have dog barking, kids running around, etc. We all take it in stride and know everyone is trying their best.

Some other WFH considerations:

⇒ Communication tactics may not work as well as they did when in the office, so you have to find ways to adjust.

⇒ People at home are also dealing with being with family, kids, dogs, etc. We all are practicing empathy with each other for what it means to have to miss meetings, having loud interruptions on calls, etc.

Are you back in the office?

We are still working from home.

What advice do you have for students looking to start their careers?

While I figured out that I wanted to be a Producer late in my time at UAT, I have spent my entire career finding who I am and what I want to do and should do. Please remember you don’t have to have it all figured out by the time you are interviewing for your first job in the industry. Just start somewhere, and be open to opportunities you may never have thought you’d go for.

⇒ Had I not spent time working on teams like Blizzard’s Billing Engineering team for Battle.net, I wouldn’t have realized how good I was at, or how much I enjoyed working on problems that impacted all games at a global scale.

⇒ By working as a Product Manager at Twitch, I learned how to focus on my customer and think about tough decisions, about how to be more intentional in how I was player/customer-centered.

⇒ Over time I have figured out what I don’t like and what I do. Every job is a shift, even if it’s sometimes small. 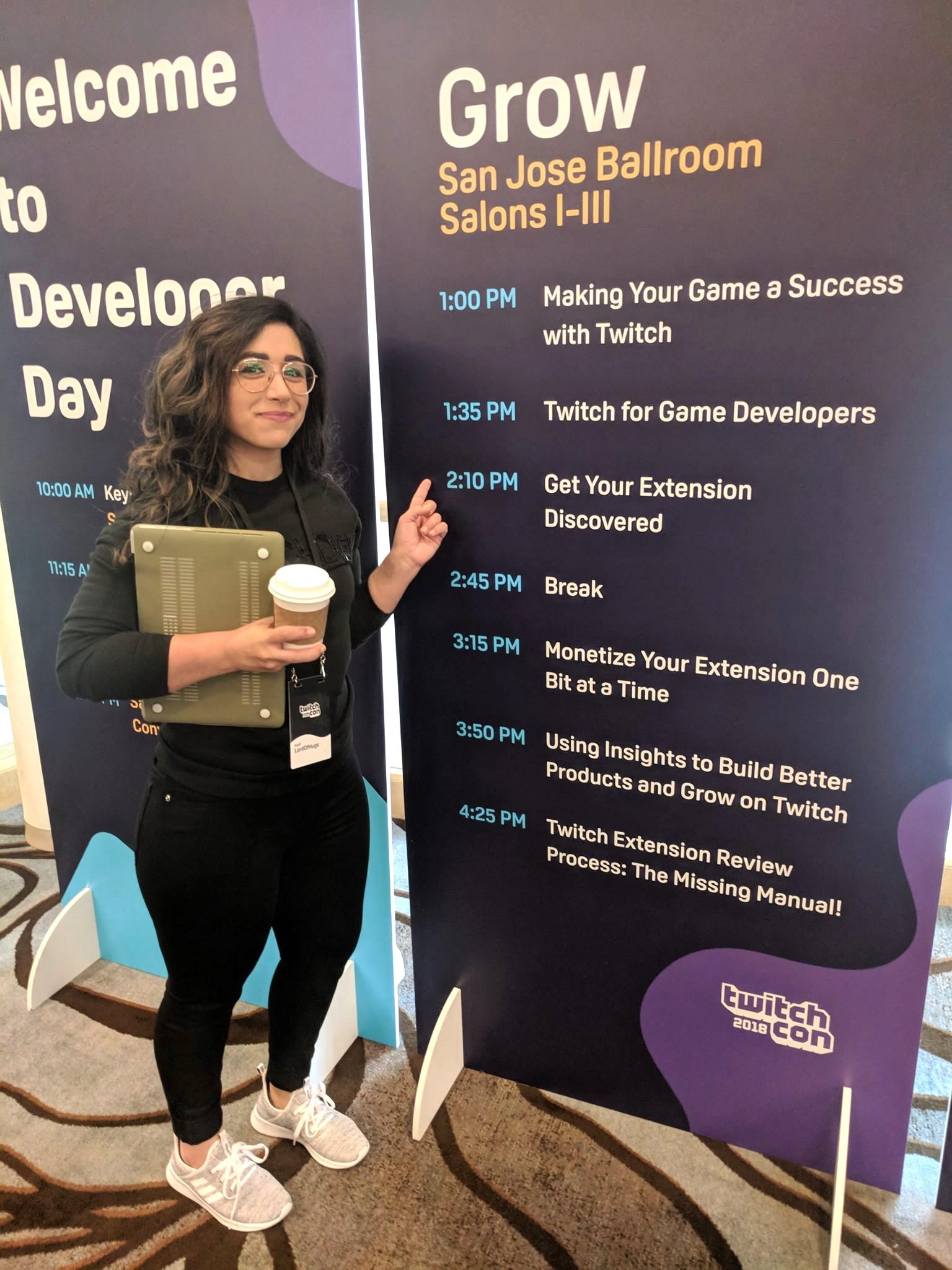 What is the best career advice you’ve received?

Asking questions solves so many things — it was something my tech director in my first industry job encouraged me to do. It has helped me learn things I didn’t know. I’ve been able to diffuse tense conversations with them. Other teammates in the room felt better knowing I asked something they too had questions about.

When used with good intent, questions have always been a go-to tool for me. Be curious, be open to learn and know that if you have a question in the room, it’s very likely someone else does too. 🕹️ 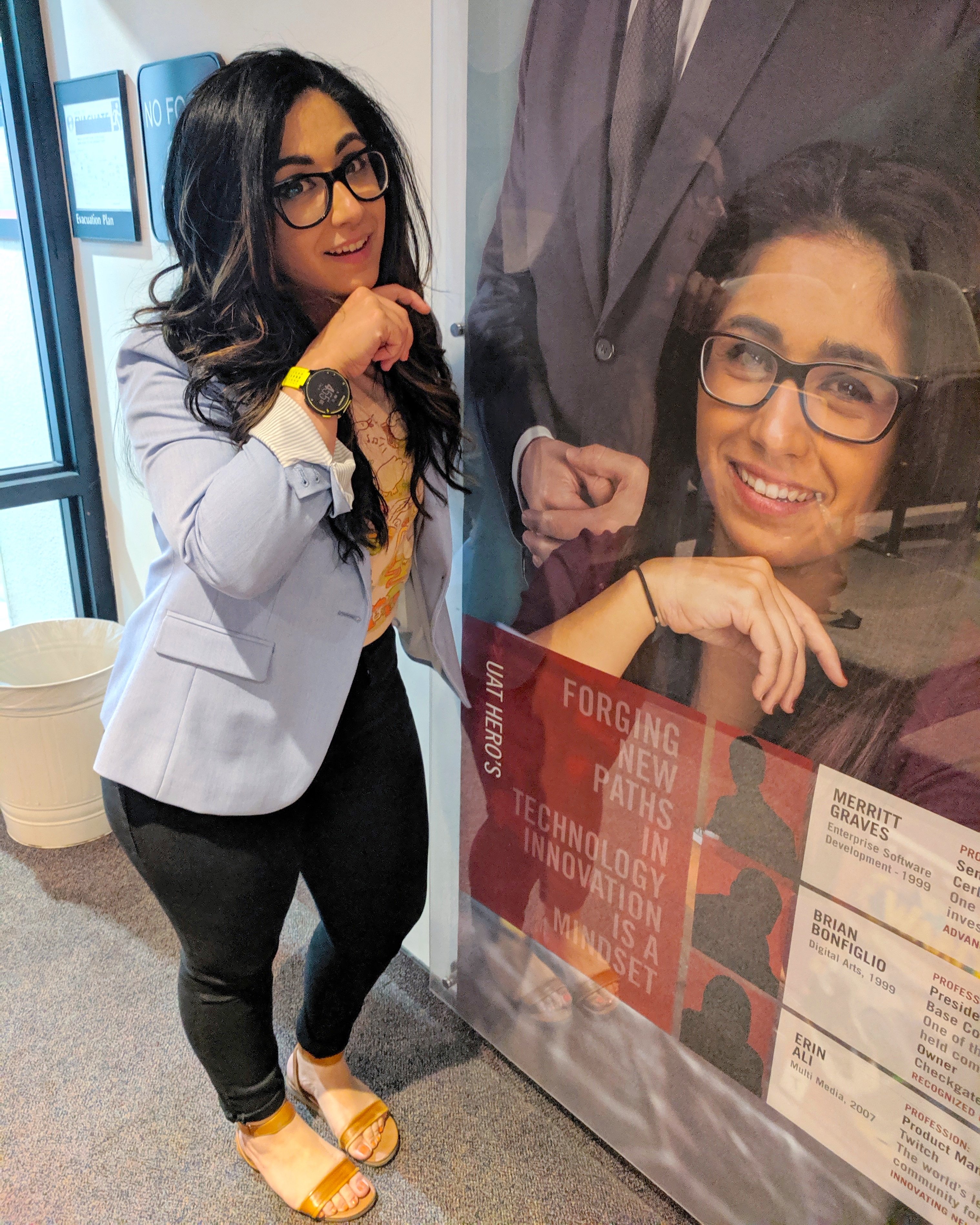 Learn more about degree options for the gaming industry!

Email an advisor at admissions@uat.edu to get started!

The Magnificent Eight Cyber Security Careers and the Education You Need to Keep Civilization from Imploding  The people with careers in cyber security are quite literally protecting the civilized ...